Most of us realize that paying our taxes is a part of our duty and something that we cannot avoid. Unfortunately, for some of the rich and famous trying to avoid dealing with the IRS has come with significant consequences.

Below are five of the famous faces that have gotten into tax trouble with the IRS.

“The Real Housewives of New Jersey” stars Teresa and Joe Giudice were indicted in July 2013 of fraud and tax charges, leading to 39 counts against the couple. Joe was subsequently charged with failing to file his tax returns for the years 2004-2008. 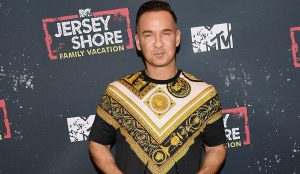 Another reality star who was busted by the IRS is Mike’ The Situation’ Sorrentino of “Jersey Shore” fame. In January 2018, Sorrentino pled guilty to tax evasion for failing to disclose nearly $9 million in earnings from 2010-2012. In October 2018, Sorrentino was sentenced to eight months in prison. He started serving his sentence in January 2019.

On March 29, 2018, DMX was sentenced to a year in prison for tax fraud after being charged in July 2017 by the U.S. Attorney’s Office for the Southern District of New York. According to the tax attorneys, DMX avoided paying $1.7 million in taxes over multiple years to by hiding his income.

The famous rapper and singer Lauryn Hill pleaded guilty to tax evasion in 2012 after the courts found she had not paid the $1.8 million in taxes that she owed for the years 2005-2007. Hill’s tax attorney stated she had paid $970,000 in restitution, unpaid bills, and penalties by 2013. In July 2013, Hill began a three-month prison sentence in Connecticut. Although it was rumored in 2016 that Hill was once again in tax trouble, she stated it was an extension of the previous issues.

Not only is Willie Nelson, a country legend, but he is also famous for his creativity when it came to his tax debts. In the 1990s the IRS placed liens in a total of $16.7 million on his property. Although his lawyer was able to negotiate the settlement down to $6 million, Nelson had to allow the IRS to seize his property and auction off most of his possessions to pay off his debt. Brilliantly, Nelson made the infamous 1991 album “The IRS Tapes: Who’ll Buy My Memories?” to help pay off the rest of his debt to the IRS.

Although all of these famous faces have been able to move on and put their tax woes behind them, it is a good reminder that no matter your celebrity status no one is above the law.