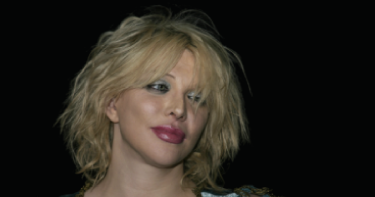 The former front lady for the band “Hole” has been hit with a $320K tax lien. Courtney Love’s latest financial dilemma mirrors the tax troubles she had in 2014. In fact, she lost a $96,000 judgment in a Los Angeles court this past week. According to the IRS, the widow of Kurt Cobain and co-star of Man on the Moon also had a tax lien filed against her in 2009. While she did pay that amount of $324,335.21 off, the latest round in the financially-challenged singer’s life stems from a tax bill she received for $266,861.01 in 2017.

This past Tuesday, Love was ordered by an LA Superior Court judge to pay $96,000 to Dawn Simorangkir. The latter is a professional fashion designer who accused Love of defamation of character on Twitter. While the initial lawsuit saw the Judge order a payment of $450,000 – Love only paid about $350,000. This resulted in additional fees being assessed for Love to pay to Simorangkir.

Most of Love’s earnings stem from loyalties and other monies from Cobain’s estate. However, the popular singer also made substantial revenue from her acting career and global tours with Hole. Sadly, Love has mismanaged her funds in recent years — putting the blame on unscrupulous accountants.

On a positive note, Love claims to be sober since 2007. The blonde bombshell struggled with drug addiction — especially after the loss of her husband, Kurt Cobain. However, she admitted to Vanity Fair — back in November 2011 — that she had financial troubles even when Curt was alive.

Love stated that up to $250 million of Nirvana’s earnings were lost over the years. Similarly, she said that Kurt was promised $11 million for his — and the band’s — appearance at Lollapalooza. According to Love, she claims that money could not be found — and that too has resulted in her current financial troubles and woes.

In 2012, Frances Bean Cobain — Courtney and Kurt’s daughter — took control of End of Music, LLC. The latter is the company that earns revenue from the deceased rocker’s publicity rights. Frances claims her estranged mother asked her for a $2.75 million loan — from her trust fund — in 2010.

With no end in sight for Love’s financial struggles, a rep for Courtney refused to comment on the current situation.