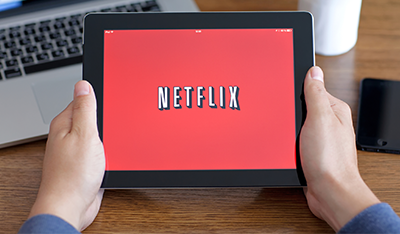 For television viewers across the country, “cutting the cord” of cable television is a growing trend. With internet-based video streaming services like Netflix, Hulu, and HBO gaining huge momentum and increasing dramatically in popularity, cable companies are losing more and more customers every day. Of course, this trend has initiated a major dip in profits, not only for the cable companies but for local city governments as well.

Cities throughout California, including several in the San Jose area, are now considering adoption of a streaming video tax in an attempt to make up for revenue lost by viewers who have ditched their cable subscriptions for more affordable, personalized options. If the cities are successful in updating their existing utility users tax to include video streaming, viewers may be forced to pay up to 10 percent more to access their favorite shows.

The monthly tax increase of 10 percent may not exactly break the bank, but over time would add up for consumers. For example, Hulu’s service would increase from $8 to $8.80 a month, and HBO Now users would see their bill change from $15 to $16.50 per month.

The Internet Association, an organization that lobbies for polices that protect Internet freedom, said the video streaming tax could easily become a slippery slope for other tax grabs. Another concern is that consumers would likely wind up paying taxes for both cable TV programming and streaming services if they elected to keep both, which many consumers argue would be unfair to those who remained loyal to their cable providers.

Some Bay Area cities like Menlo Park and Atherton believe that they already have ordinances in place that are flexible enough to allow for imposing taxes on video streaming, also known as “over-the-top services.” Luckily, as a tax attorney in San Jose, I can confirm that currently there are no existing video tax ordinances in the city, and due to specific tax laws under Prop 218 enacting them would first require voter approval.

Public officials in Alameda say that taxation rules need room to be revised to account for changing technologies. They used the example of the massive loss in revenue from the telecommunications area of their utility tax as residents got rid of their landlines in favor of cellphones as their main point of contact. However, as a tax attorney in San Jose, I can see why analysts would say that it’s important for officials to have a defined boundary on where to stop adding these “over-the-top services” taxes.