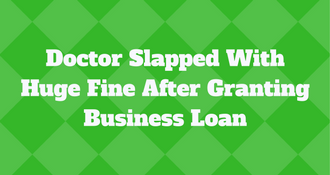 One prominent physician in Texas is in hot water after lending cash to a struggling business to cover its payroll. Dr Robert McClendon was slapped with a $4.3 million penalty from the IRS after the move, and is facing felony charges for non-payment of payroll taxes.

While the case may seem clear cut and dry, it is not. Dr. McClendon owned the failing business and one of his employees started embezzling funds from the company. McClendon was the owner of Family Practice, a company that provided medical services.

He hired a CFO, Richard Stephen, and within a few years, the company was more than $10 million in arrears to the IRS. It was later discovered that Stephen was not making the necessary payments to the employees and using the funds for his own purposes. When Dr. McClendon discovered the fraud, he jumped to its rescue and loaned the company $100,000 in order to pay the salaries of his workers. Stephen eventually plead guilty to felony fraud charges in the case. However, his admission of guilt did not stop Dr. McClendon from being implicated in the tax fraud.

Family Practice eventually went out of business and used the bulk of their profits to pay off the debt. It was then that he made the hefty $100,000 loan to cover his employees’ payroll, but neglected to pay the taxes on the loan. The IRS assessed a “responsible person” penalty on Dr. McClendon and declared that his failure to pay was willful. Dr. McClendon offered that while he was a responsible person, his failure was unintentional.

Despite his claims, the IRS did not buy his story. They slapped him with a huge fine of more than $4 million. Dr. McClendon is currently in the process of appealing the ruling.

This is not the first time the IRS has cracked down on business owners for failure to pay taxes. The IRS is extremely strict when it comes to a willful failure to pay, and will often take aggressive collection measures including seizing assets, wage garnishments or bank levies. In some cases, the IRS may often shut the business down to stop the bleeding.