Gas Tax And The Bay Area 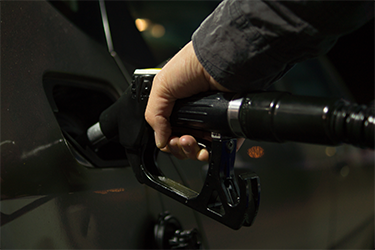 In general, democracy means government rule via the majority opinion of the people. California is currently in the middle of an interesting conflict between the decision of state legislators to raise gas taxes and vehicle registrations fees, and a group of organizers who plan on appealing to what is hopefully a majority of voters to overturn this measure.

Despite having what is already one of the highest motor vehicle tax and fee structures in the country, the legislature and governor contend that an additional 5.2 billion dollars is necessary to address deferred maintenance issues on the state’s surface transportation infrastructure and to fund a wish list of additional new mass transit programs. This money is raised via an additional 12 cent a gallon gas tax, an additional 20 cents a gallon on diesel, up to another $175 on each vehicle registration fee, and an additional 4% tax on sales of diesel-fueled vehicles.

Powerless in the face of large Democratic majorities in the legislature, Assemblyman Travis Allen (R- Huntington Beach) has proposed an initiative that would place the matter in the hands of the voters themselves. This would serve as a test as to whether the legislative majorities do in fact comprise a democratic majority in the larger sense of the word, at least on this one issue of the gas tax.

In the San Francisco Bay area, the gas tax as it currently stands offers a mixture of benefits and drawbacks. Fixing bad roads would be a positive. Enduring the frustrations of large amounts of additional road construction delays while they are being repaired would be less welcome.

Raising California’s already-legendary gas prices even higher imposes a particular burden on the Bay Area’s many less-affluent residents who work in the city but must endure long commutes out to the areas where semi-affordable housing is still in vogue. Improving and expanding mass transit options on the increasingly rickety BART system would no doubt be welcomed by its ridership.

The issue therefore comes down to a choice on several different levels. In a large societal sense, voters may have to decide if the overall benefits to the state’s residents outweighs the loss of 5.2 billion dollars that would otherwise be available to spend on other things. An initiative, if it does in fact make the ballot, will also serve as a referendum on the current management of the state’s transportation affairs.

Since, in all honesty, the state government has short-changed its transportation budget in favor of other priorities for many years, voters may or may not render a verdict as to whether they should be favored with additional money after mis-allocation of the funds already available for decades. They may also choose to ratify that decision to prioritize other matters as being more urgent and bite the bullet in this one instance to catch up.

In a narrower sense, the battle lines may be drawn between the various direct winners and losers of the gas tax itself. The government-friendly construction companies that will receive new contracts will undoubtedly be winners, as will their workers. The long distance commuters who will be delayed by new construction as much as they are currently delayed by bad roads will end up paying more either way but might hope to save a few extra minutes once the madness is over. Mass transit users will certainly benefit more in proportion to their limited percentage of the population might otherwise warrant.

There are a lot of moving parts to such a complex issues. It may well be fitting and proper that the voters themselves are asked to render a verdict on a proposal that has such direct, immediate economic costs, yet promises future relief from an apparently-endless loop of congestion and neglect.