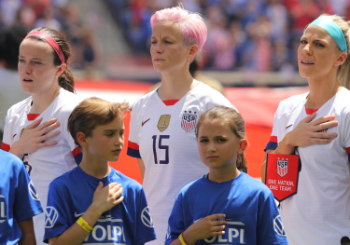 The FIFA Women’s World Cup has now commenced, with spectators across the globe having watched 24 teams compete in 52 total matches across nine host cities, the last of which was held July 7th at Stade de Lyon, where the top-ranked United States Women’s National Team–USWNT–was victorious.

However, off the field, a variety of international and United States tax issues must now be addressed by USWNT players: any prize money and income acquired while participating in the World Cup is taxable in America. This is because United States residents and citizens must report all income, regardless of the country in which it was earned. Nonetheless, because the players’ income will also be taxed by the country of France, they can claim foreign tax credits on their individual returns according to the amount of tax paid to the other country. This will ultimately result in a reduction of income tax owed to the US. However, according to the United States-France tax treaty, the amount is not taxable if the gross receipts for each player are $10,000 or less.

The Tax Cuts and Jobs Act that went into effect December 31, 2017, had a direct impact on athletes, such as USWNT players who are employees. Business expenses are still deductible, provided they are specifically related to income earned off the field, including speaking fees, special appearances, card signings, image rights and endorsement deals. Nevertheless, deductions for things such as union dues, club fees, training expenses, and agent fees can no longer be classified under miscellaneous itemized deductions as they were previously. The only exception to this rule is if they are categorically related to the generation of outside income. Additionally, meals, lodging, and transportation costs can no longer be deducted when players are traveling as employees to perform specific duties.

There were certain positive provisions made for professional athletes under the Tax Cuts and Jobs Act as well. For example, although income generated from the players’ performance and W-2 wages cannot be used as qualified business income–QBI–the off the field income mentioned above does qualify as a QBI deduction. Off the field income is typically eligible for the 20 percent QBI deduction, provided the player’s income is less than $315,000 for those who are married and filing jointly, or $157,500 for filers who submit returns under other filing statuses. However, the Internal Revenue Service classifies athletes as fulfilling a function in a particular service trade or business–SSTB. This means the deduction may be only partially allowed and that additional limitations may apply. Furthermore, the deduction no longer applies once the person’s taxable income surpasses the aforementioned limits.

In the past our readers have been surprised to hear that people like Olympic athletes, and game show contestants have to pay hefty taxes on their winnings. As the number of United States athletes playing abroad in tournaments such as the FIFA World Cup continues to increase, complicated tax issues may arise. Therefore, it is important for players to pursue the services of a tax attorney who can offer advice and assistance with these complicated matters.