How California’s Tax Laws May Hold Back Its Housing Market 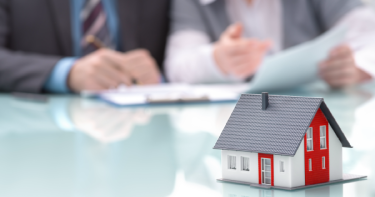 You certainly don’t need a tax attorney to tell you that property has become very expensive across southern California and the Bay Area. Numerous explanations have been offered  as to why property prices are soaring, but the truth may be found in the state’s tax code.

Californians passed Proposition 13 in the 1970’s, limiting California’s property taxes to one percent of the property’s purchase price plus no more than two percent inflation each year. This has created assessed property values that are significantly lower than a property’s actual worth.

For example, let’s say that a property originally purchased for $100,000 in 1960 is worth $1 million today. That homeowner would still be paying property taxes based on the $100,000 figure plus minor inflation, nowhere near what somebody purchasing the property today would be responsible for.

Prop 13 remains popular in the state of California. A recent study by the Public Policy Institute of California concluded that 57 percent of respondents (and 65 percent of likely voters) believe that it has been good for the state, while only 23 percent feel it’s been a net negative. The idea behind it is that homeowners should move when they want to, not when excessive property taxes force them to.

However, evidence suggests that homeowners are keeping their property because of the tax incentives for doing so. According to a 2016 study in the Journal of Housing Research, the lower a county’s assessed property values relative to its actual value, the lower the turnover it experiences.

This may keep older individuals in older homes, preventing younger buyers with less established finances from purchasing them. It may also limit the total number of properties on the market, inflating prices through the principles of supply and demand.

This problem is not new. In fact, California voters passed Proposition 60 in 1986 to allow residents 55 years old and older to take their previous property assessment with them when moving between two addresses in the same county. Proposition 90 was added in 1988 to extend this freedom to inter-county moves within the state, provided the new county approves. Homeowners are limited to one assessment transfer under the law.

Evidence suggests that these measures are working, to a degree. Economist Fernando Ferreira published a 2010 study in the Journal of Public Economics noting that four percent of 54-year old California residents sell their homes vs. 5.2 percent of 55-year olds, the first year homeowners are eligible to take their property tax assessment with them.

However, other laws may prevent Props 60 and 90 from having their intended effect. Proposition 58 allows children to inherit their parent’s property tax assessments without any increase, a right extended to grandchildren if their parents are deceased by Proposition 193. This makes Bay Area property just as valuable to potential heirs as the original homeowner, strongly discouraging anyone from putting it on the market.

A new initiative called Proposition 5 will appear on the November ballot. If passed, it would eliminate the current limitations on a new property’s price when transferring an assessment, allow homeowners to transfer an assessment once every two years, and allow Californians to transfer their assessment anywhere within the state.

Federal laws also discourage property sales. Federal capital gains taxes kick in at profits of $250,000 for individuals and $500,000 for couples, figures that are impossible not to hit considering Bay Area property values. Props 58 and 193 would remain in effect as well, so homeowners would still be discouraged to sell.

Southern California’s property crunch is a complicated issue, but amending the tax codes may be the first step toward solving the problem.