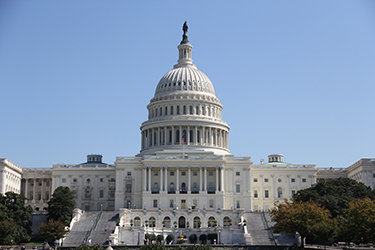 President Trump’s efforts to significantly reform the American tax code took a step forward a few weeks ago, as a bill exited the Senate Finance Committee for public debate.

When compared to the House’s equivalent bill, the Senate bill benefits San Jose homebuyers by eliminating the latter’s proposed reduction in the mortgage interest deduction limit. This limit is $1,000,000 both currently and in the Senate bill, while the House bill decreases it to $500,000.

On the downside, the Senate bill also eliminates State And Local Tax Deductions, or SALT, used by roughly one third of Californians to save an average of $18,000 on their annual tax bill.

Here is a closer look at how everything breaks down for San Jose residents:

The change in the maximum mortgage interest deduction limit does not affect most Americans, as the new $500,000 cap is still significantly higher than the national median home price of around $200,000. According to CoreLogic, less than three percent of current American homeowners have more than $500,000 in outstanding home loans.

However, this number is significantly higher in the Bay Area. The median price for a Bay Area home is approximately $752,000, much more than the cap proposed by the House but still comfortably beneath the current $1,000,000 cap.

The California Building Industry Association vehemently opposes any alteration to the existing deduction limit, arguing that increasing the tax burden in expensive states such as California could depress the housing market in those areas. In turn, this could trickle down and decrease property values across the entire nation.

The real estate industry concurs with the California Building Industry Association and has lobbyists actively campaigning against the House’s proposed changes.

It is worth noting that no bill has been passed yet, as the House and Senate bills would need to be reconciled before either could be signed into law.

Assuming something is signed into law, current homeowners would not be affected by any of the proposed changes. The new legislation would cover only new mortgage loans, leaving the tax burden faced by existing homeowners completely unaltered.

The Senate bill attempts to compensate for the higher mortgage interest deduction limit by eliminating SALT deductions. This would impact the East Coast more than San Jose residents due to the higher property taxes out east, but some Californians would still feel it.

According to a report in the LA Times, East Coast moderates are attempting to broker a compromise in which homeowners are allowed to deduct up to $10,000 in state and local property taxes and nothing on income taxes. This would be the worst case scenario for San Jose, where income taxes are high but property taxes relatively low.

Senator John Thune, R-South Dakota, was quoted in a recent interview on CBS This Morning arguing that tax breaks for expensive areas such as California and New York have been law for a long time but may not be for the best. He continued by stating that eliminating these deductions may encourage these states to re-examine their budgets and cut government spending.

Again, neither the Senate nor House bill has passed Congress. The provisions of the final bill are still up for debate.

The House and Senate bills largely mirror each other, save for the changes outlined above. Other expected items include a reduction in the corporate tax rate to 20 percent starting in 2019 and increased tax protections for “pass-through” businesses.

Time will tell whether any significant tax reform is achieved and whether those changes will be helpful or harmful to the San Jose economy.