How to Avoid Owing Money on Your 2019 Tax Returns 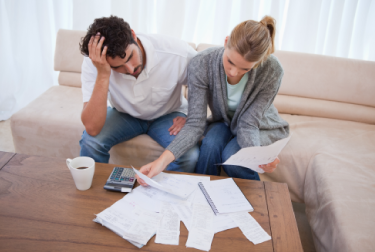 With the passing of the Tax Cuts and Jobs Act (TCJA) in 2017 came the expectation that the majority of taxpayers would be getting a tax break. Despite that expectation, the General Accounting Office (GAO) is cautioning tax payers to pay extra close attention to their withholdings. The GAO predicts that if taxpayers fail to adjust their withholding accurately and preform proactive tax monitoring, an increasing number of taxpayers will owe on their 2019 taxes.

The estimated increase of taxpayers owing on their 2019 tax returns is understood as a result of the TCJA’s new tax rates and changes to the itemized deductions claimed on Schedule A. The changes include deduction limits on state and local taxes (SALT), a cap on the borrowing amount for home mortgage interest, and new exclusions for job-related expenses.

What Proactive Steps can Taxpayers Take?

In order for taxpayers to avoid owing on their 2019 taxes, the IRS suggests that people pay close attention to their withholdings to find that perfect balance of employee deductions. Completing a W-4 form is how employers determine how much of an employee’s income should be withheld from each paycheck in the form of federal taxes. People who withhold too much money will be due a refund on their taxes; people who don’t withhold enough will likely owe on their tax return.

In response to the new tax rates, the IRS created new withholding tables and a new W-4 form to help people give their taxes a ‘checkup’ to ensure there are no big surprises at tax-return time. The GAO’s performance audit in 2018 revealed that the majority of taxpayers are not withholding adequate amounts from their paychecks. Most often, taxpayers over-withhold on their paychecks, which is more favorable than under withholding as it results in refunds and is much less likely to end up in noncompliance.

The IRS handled more than 130 million individual tax returns throughout last tax season. During that time, the IRS gave over 100 million tax refunds, which accounts for approximately 75 percent of taxpayers. Without the new tax laws, those amounts were predicted to remain unchanged. The GAO predicts that the number of taxpayers over-withholding will increase, while those under-withholding will decrease. The number of taxpayers who are withholding the adequate amounts from their paychecks are predicted to remain the same. If the GAO predictions prove true, approximately 32 million taxpayers could be unhappy with owing on their 2019 tax returns.

How to Avoid Owing on Your 2019 Tax Returns

In order to avoid owing on your 2019 tax returns, the IRS recommends that there are some current preventative measures to take such as performing a tax checkup by utilizing the new IRS withholding tables to help you determine the ideal amount to have your employer withhold from each paycheck. Revising your W-4 form while keeping in mind how withholding affects your take-home pay is also recommended. Also keep track of your income sources that are not subject to withholding like any interest, dividend, or side jobs. If you are unsure of the above steps or how to follow through with them yourself, consider consulting a tax professional to look over your finances.

An educated tax payer is one less likely to have negative surprises when they receive their 2019 tax returns. Laws are always changing and evolving and tax laws are no exception. Following a reliable tax column regarding tax issues is a positive way to stay up to date with relevant tax law changes and ensure that you are on the right end of withholding amounts.