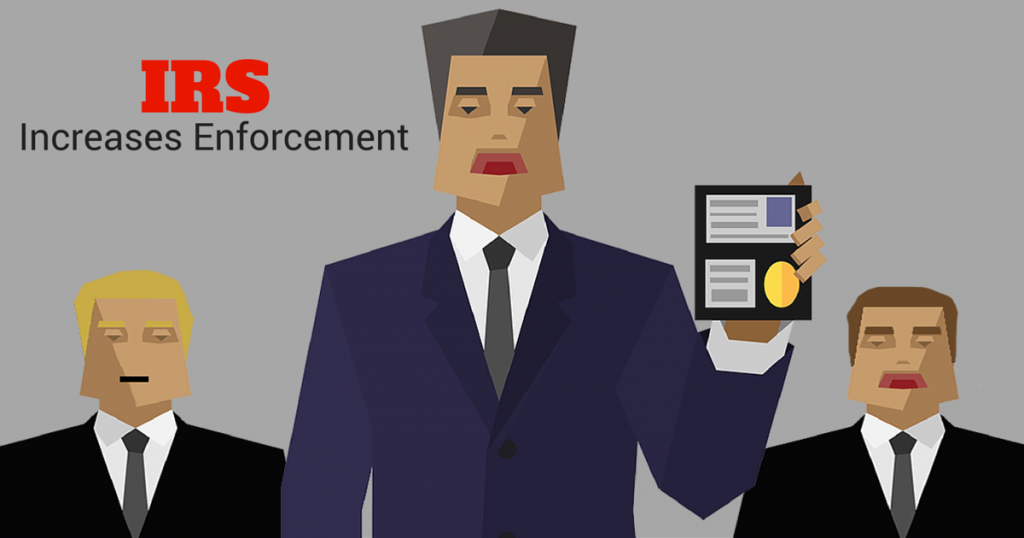 The Internal Revenue Service (IRS) Commissioner John A. Koskinen recently announced that the IRS intends to hire nearly 700 enforcement personnel in an internal memo to agency employees. This massive hiring spree, which is to occur in two waves, is expected to help fill in the gaps in the IRS’s enforcement workforce. The first wave of job openings is most likely to be for positions in the department that oversees small businesses and self-employed taxpayers, while the second wave of openings later this year will be filled with higher-level enforcement jobs. According to Koskinen’s statement letter, this will be the IRS’s “first significant enforcement hiring in more than five years.”

The IRS has acknowledged that over the last several years the agency has had a somewhat lax enforcement rate, due mostly in part to five years of enormous budget cuts spearheaded by congressional Republicans. Since 2010, the IRS appropriated funding has fallen from $13.6 billion to $11.2 billion, and the losses show no signs of slowing. Additionally, between 2010 and the end of 2016, it is estimated that the IRS will have lost more than 17,000 employees, 5,000 of which are from the enforcement department.

These budget cuts have delayed important upgrades to information technology systems and employee training, weakening the IRS’s ability to serve taxpayers efficiently. As such, the nearly $300 million extra that Congress voted to give the IRS in this year’s budget went towards customer service expenses and cyber security improvements to take the agency’s fight against identity theft to the next level. Any San Mateo tax lawyer can tell you that millions of taxpayers have struggled with resolving identity theft issues in recent years, and prioritizing the most recent extra funding stream in this way is definitely the right move. Despite the current budget restraints, the memo from Koskinen stated that the IRS found the funds for the upcoming enforcement hiring from recent retirements, other employee departures, and unnamed “efficiencies”.

The IRS’ internal memo also stated that the recent decision to conduct a mass hiring is a good development for our tax system, since for every dollar spent on each enforcement position almost $10 is typically returned to the U.S. Treasury. Koskinen intimated that the enforcement hiring is an essential part of the agency’s future. He wrote, “To serve taxpayers and the nation’s tax system, we clearly need more people to improve the taxpayer experience as well as our employees’ experience.” Indeed, with the challenges of implementing the Affordable Care Act and the Foreign Account Tax Compliance Act, the IRS workload has significantly increased since funding had started to be cut in 2010.

Even as an established tax lawyer in San Mateo, there is no way to be able to predict exactly how this increase in enforcement personnel will affect the chances of IRS audits of taxpayers’ returns. However, it is very likely that the amount of collection enforcement contacts, liens, levies and garnishments will probably increase. Of course, taxpayers and tax lawyers may have more to be concerned with when considering the IRS enforcement tactics rather than the number of agents assigned to enforce the tax laws, but only time will tell.

Since 1997, Tax Helpers has saved our clients millions of dollars in IRS and State taxes, penalties, and interest. If you are considering hiring a tax lawyer in San Mateo, San Francisco, or anywhere in the entire Bay Area, contact us today and let our experienced tax attorneys help you resolve all of your tax problems!