IRS Announces Relief For Those Affected by Hurricane Harvey 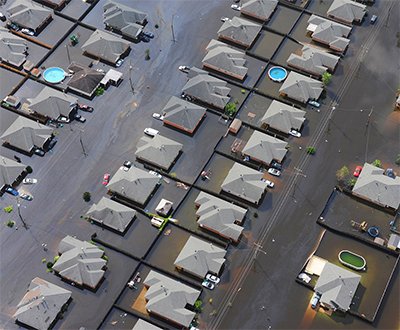 In the wake of the Hurricane Harvey, our San Jose tax attorneys have learned that The Internal Revenue Service has announced hardship distribution and plan loan relief for individuals affected by the disaster. These include individuals who have their principal residence or workplace in the counties of Texas or other states that are designated for individual assistance by FEMA. (Currently, only certain counties in Texas are designated for assistance, although these can be expanded later. For a list of designated areas, visit https://www.fema.gov/disasters.) The benefits will also extend to employees who have any dependants—parents, grandparents, children, spouses—living in those affected areas. The relief will stay in place for the period of 23rd Aug, 2017 through to 31st January, 2018.

The qualified retirement plans that are eligible for relief according to Announcement 2007-11 include, among others, 401(k), 457(b), 403(b) and 401(a) plans. Loan procedures have been streamlined and hardship distribution rules relaxed for these plans. The announcement however does not allow IRA participants to take out loans, though they will be permitted to accept distributions under relaxed procedures.

The IRS’s relaxing of administrative and procedural rules related to distributions and plan loans means that the participants in eligible retirement plans will be able to receive the money more quickly than is usual. Additionally, the employees will not have to face the stipulated six month ban that applies to hardship distributions on 403(b) and 401(k).

Some additional relief has been announced by the Department Of Labor for benefit plans whose participants reside within the designated disaster area. This includes extension of the filling date for Form 5500, enforcement relief for delays/failures to provide blackout notices or to forward participant distributions as well as relief to certain insurance carriers and welfare plans and more.
For more information on relief announced by DLO, visit this page.

Alongside loans and hardship distributions, emergency PTO or leave- sharing plans have been proposed for employees affected by the hurricane. According to this proposal, an employer can adopt a PTO (paid time off) sharing plan and establish a PTO bank where employees can donate their PTO so that those who have been adversely affected by Harvey can access PTO in addition to their own share of paid time off. The PTO bank would be administered by the employer who retains the rights to grant additional PTO to an employee who, due to the severe hardship caused him by the natural disaster, needs to take time off from work.

However, according to IRS Notice 2006-59, an emergency leave- sharing plan must fulfill certain requirements and conditions, among them, (1) all such plans need to specify a time period for the donation and use of PTO, (2) at the end of the specified period, all unused donated PTO shall be returned to the donors, (3) no affected individual is allowed to receive cash in lieu of excess PTO.

All of our tax lawyers here at Tax Helpers send our regards to all those who have been affected by the recent natural disasters in Texas and Florida.