IRS Mistakes Are Not Uncommon

Todd Rothbard, an attorney in Santa Clara, California, received a startling letter from the Internal Revenue Service several weeks ago where they indicated that they had discovered a miscalculation in his taxes, and they apologized for the $284,603 they believed he was owed. According to Rothbard, he laughed and shook his head, thinking that there was no way he was that far off when he, along with his accountant, filed his return. Although Rothbart is not a tax attorney, he knew that he would receive the check soon if he was unable to reach anyone at the IRS. 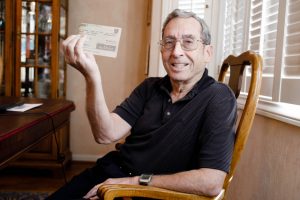 In another week or so, an envelope arrived from Uncle Sam, and in it was a check for $285,000, an amount that presumably included interest on the funds he was sure he was not owed. When the initial letter came from the IRS, he had called his accountant immediately, who had agreed that the IRS did not owe him anything.

Rothbard calls himself a pretty scrupulous person, and he knew there was no way he would overlook such a substantial amount of taxes were they really owed to him.

IRS Mistakes Are Not Uncommon

From California alone, the IRS processes approximately 17 to 18 million individual tax returns on a yearly basis and sends millions of letters correcting what they deem are mistakes. The IRS admits that occasionally they make major mistakes, and virtually every tax lawyer would probably agree.

Rafael Toledo, the spokesperson for the IRS concerning the Rothbard case, was very candid about the situation, saying that such things do happen, and that, without a doubt, both taxpayers and the IRS make mistakes. He did not comment specifically about Rothbard’s case, however. Rothbart agreed, but his statement was a simple one, and less formal: “They’re nuts.”

The income of the Santa Clara County attorney puts him in the IRS’s highest federal tax bracket, as well as in the highest state tax bracket. He said his income has not varied significantly over the past few years, and he makes estimated tax payments on a quarterly basis, typically owing only small amounts at the end of each year.

Seventy-one-year-old Rothbard describes himself as a thoughtful, but sometimes cranky, conservative who favors limited government and free markets. He stated that he wondered how many other people experienced this type of error, and he said, “There goes the national treasury.”

Communicating with the IRS Is a Difficult Process

The January letter was merely the start of this tax problem and Rothbard’s frustrations. He initially used an 800-number that was displayed on the letter in an attempt to remedy the situation, but simply received the same message multiple times: the IRS complaint line was not taking complaints right now.

Rothbard has a successful law practice that serves property managers and landlords and typically handles hundreds of evictions and tenant-landlord disputes every month. Nonetheless, he took the time needed to solve this issue: he drove from his home in the South Bay to downtown San Jose, where the IRS has an office. He was met at the door by two guards who told him he must have an appointment, and they turned him away with only a website address and another phone number. This week, he finally reached an agent and was told they would get back to him within a month after they reviewed the case. He has no choice but to wait.

Anyone with IRS problems or questions about their tax return should contact a qualified tax attorney for advice and assistance.