With coronavirus on the verge of creating a recession, an extended deadline for filing tax returns has been announced. According to our tax attorneys in San Francisco, the new filing deadline is July 15, 2020, a postponement of 90 days. Treasury Secretary Steven Mnuchin stated that the decision came after a wave of criticism over the previous plan, which required filers to submit their returns by April 15, but gave them an additional three months to pay any monies owed to the IRS.

COVID-19 is the scientific term for the infectious disease that has created pandemonium in the United States as the outbreak became more and more difficult to control. The 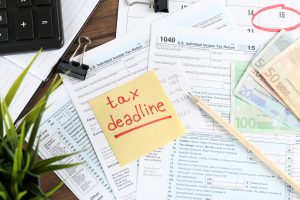 World Health Organization has determined that there are nearly 260,000 cases worldwide, over 33,400 of which are in the U.S. Varying degrees of voluntary and mandatory quarantines have been implemented by government officials at the state, local, and federal levels as a direct result of the outbreak.

Critics of the first tax plan called it confusing, and both Republican and Democrat lawmakers urged the administration to revise it in order to make the filing and payment dates coincide, rather than separating them. Tax preparers had already stated that the social distancing regulations that were put into effect due to the coronavirus pandemic would have made it difficult to meet the April 15 deadline anyway.

It is also believed that the social distancing situation may have caused difficulty for filers with regard to conferring with accountants and gathering necessary documents. Additionally, Volunteer Income Tax Assistance clinics have either closed or curtailed their hours because of the coronavirus outbreak. Such organizations assist low-income Americans to submit their returns. In light of these and other concerns, the administration brought forth the new plan in which the filing deadline was postponed.

At the president’s request, Treasury Secretary Steven Mnuchin tweeted that the tax filing deadline was being moved to July 15, and all taxpayers and businesses can take advantage of the new timeline. Individual citizens can also delay payment of monies owed to the IRS for that same period of time, provided the amount is under $1 million. Businesses can also defer as much as $10 million worth of payments until July 15.

The president also called for payroll tax relief, but Treasury Secretary Mnuchin stated that there are not yet any firm plans for such a measure. However, the possibility of a stimulus check has been discussed and is currently being considered. In response to the virus, the House and Senate also passed the Families First Coronavirus Act, also known as H.R. 6201, which provides for paid leave, benefits, and testing.

Treasury Secretary Mnuchin urged those who are expecting refunds to “file now to get your money.” IRS statistics indicate that approximately 50% of American taxpayers have filed a return so far. As more information becomes available, our tax attorney in San Francisco will keep you updated, so check back frequently and reach out for assistance if you need help with a tax problem.