The IRS has something to say about Obamacare. 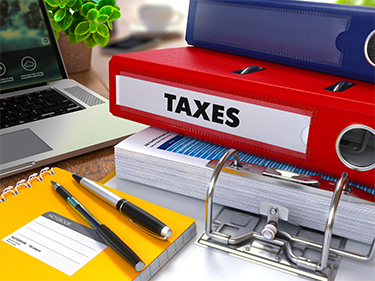 As debates rage and tensions rise in Congress over the state of healthcare and whether or not the Affordable Care Act, commonly known as Obamacare, will stay in place, or face another repeal attempt, the American public now has something else to consider. The disclosure of health insurance information is an absolute requirement.

The Internal Revenue Service has announced they will be more vigilant in checking whether filers had health insurance for the filing year. In fact, they will suspend and refuse to accept any filings that do not indicate whether taxpayers had insurance. This disclosure has been required since Obamacare went into effect, but now the IRS is stressing the importance of compliance.

The Affordable Care Act requires individuals to purchase health insurance or pay a penalty for not being insured. There was a long public discussion about whether that penalty is actually a fee or a tax. Call it either; the penalty gets calculated into the taxes owed or the refund received at the end of every tax year.

The tax penalty is $695 for adults and $347.50 for children who are not covered, or 2.5 percent of the adjusted gross household income – whichever number is higher. Skipping the part about health insurance during the filing of taxes will no longer be tolerated. The tax agency says the move is meant to encourage compliance with the individual mandate part of the law.

This new policy has been announced as Americans begin to think about their tax returns and how much they may be paying or receiving once all the math is done. Anyone who counts on an annual tax refund will need to make sure all the proper health insurance information is disclosed and documented.

On the IRS form 1040, there is a line that requires filers to mark whether they had health insurance for the filing year. Checking the box that indicates there is no health insurance in place will lead filers to another box where they are required to disclose what excludes them from the individual mandate. Or, they can simply acknowledge the penalty for not having health insurance and pay the tax.

Some of the acceptable reasons for not having insurance and being exempt from the mandate include: homelessness, eviction, bankruptcy, a death in the family, and a lack of access to any affordable plans. There may be documentation required for filers who believe they are entitled to an exemption.

The IRS announced this move by sending an online notification to professional tax accountants and attorneys, telling preparers that filings would not be accepted if they neglected to include this information. The IRS noted that this could lead to delays in the processing of refunds, and said the measure would apply to returns that are filed electronically as well as paper returns.

This may bring a new dimension to the attempts by Washington to overhaul the nation’s healthcare system. The individual mandate is one of the most controversial provisions of the law. As taxpayers begin to gather their documents and prepare to file their taxes, they’ll need to pay special attention to Line 61 on the Individual Income Tax Return filing form under “Other Taxes.” Few people will be willing to have their returns delayed, and the IRS is counting on full compliance.