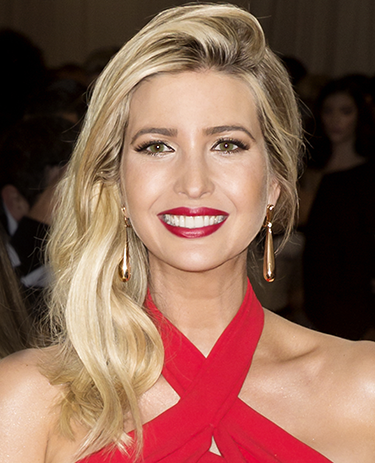 Ivanka Trump may finally have a chance to make her mark in shaping American policy. Since formally joining her father’s administration, Ivanka Trump has yet to have any strong influence in making any major policy decisions, but that could all change with current plans to reform the American tax code.

Her efforts may work this time because of what she has learned on the job over the last seven months. What she’s doing is trying to make sure that reforms to federal income taxes include an expanded child tax credit, something she campaigned for during the 2016 election. How she is going about gaining support for her efforts has also changed, indicating that she could be successful this time around.

That change involves performing extensive outreach through private phone calls and meetings with top GOP lawmakers, which has already produced results. Senators Marco Rubio of Florida and Mike Lee of Utah are backing her efforts. Ivanka isn’t stopping there, however, as she is reaching out to prominent House Republicans, the U.S. Chamber of Commerce and the Heritage Foundation to garner more support. Another part of the effort is two dinners she’ll host at her home, one for Rubio and Lee, the other for House Republications to help cement support.

Ivanka Trump has previously operated in this manner when promoting STEM education and parental leave. She has been vocal about expanding the Child Tax credit as she feels giving parents more money while raising children will give them more flexibility in their lives while also helping them with the costs of care.

The consensus among conservative policy experts is that Trump is attempting to push through a version of the child care tax credit that will satisfy orthodox Republicans yet still pass in Congress. Michael Strain of the American Economic Institute has indicated that any Republican tax plan would have included some kind of expanded child tax credit.

Ivanka Trump’s detractors say this is another instance of her promoting pro-female and pro-family issues while producing little or no substance. Along those lines, the Center for American Progress recently gave her failing marks on issues concerning women and families. Neera Tanden, president of the left-leaning organization, pointed out that the Trump administration’s recent rollback on the Obama-era mandate requiring most employers to pay for contraception as part of their health care plans is another indication that the current administration is not favorable towards women. Analysis of issues from equal pay to paid leave, Tanden said, indicate the Trump administration is regressive on women’s issues and that Ivanka Trump hasn’t been much of a voice.

Ivanka Trump’s original idea called for tax deductions for formal child care arrangements, but those on the far right and far left hated the idea because it was geared towards more wealthier families using daycare settings. KaraMcKee of the Domestic Policy Council and Shahira Knight of the National Economic Council helped Trump move toward increasing the amount of credit and widening eligibility for the child tax credit. In addition, Marc Short and Paul Teller, two staffers from the legislative affairs office with significant conservative ties, have helped her with considerable outreach throughout Washington.

Despite such progress, that doesn’t mean that Ivanka Trump’s expanded child tax credit proposal will survive a tax code overhaul. Most lawmakers are not concerned with the issue in the same way that they are concerned with lowering the tax rate. An expansion of the credit would be expensive, an issue that lawmakers don’t want to face when they are considering cost-cutting efforts. Groups supporting the child tax credit expansion have welcomed Ivanka Trump’s involvement, saying the effort indicates that the issue will remain on the White House radar.