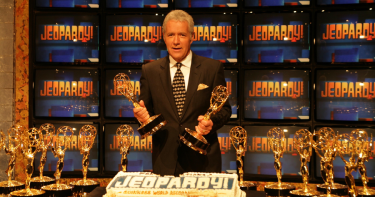 Jeopardy phenomenon James Holzhauer has finally lost a game on the popular quiz show after 32 straight wins. Holzhauer earned Jeopardy Phenomenon Owes Large Portion of Prize Money to IRSprize money totaling $2,462,216–an amount that is only $56,484 shy of the record set in 2004 by Ken Jennings, whose winnings totaled $2,520,700. However, not surprisingly, Holzhauer will not be holding on to all that money, as Uncle Sam is waiting to collect his share of the prize.

Holzhauer’s winnings place him in the highest bracket for federal income tax for 2019, meaning he must pay approximately 37% of his winnings to the IRS. This figure is based on taxpayers who file jointly, as Holzhauer is married.

Holzhauer’s legal residence is Nevada, where there is no income tax, but since Jeopardy is filmed in California, the former contestant owes income tax to the Golden State. The highest marginal tax rate in California is 12.3%, but an additional 1% surcharge applies on all taxable income exceeding one million dollars. This amount comes to approximately $288,000 for joint filers under California tax laws.

Tax Money to be Withheld in Advance

When all the figures are added, the combined state and federal income tax on Holzhauer’s winnings is approximately $1,138, 000, which is over 45% of his total winnings. The amount he will actually keep comes to approximately $1,320,000. To ensure the state of California and the IRS get their cuts, the tax money will be withheld from Holzhauer’s initial payout.

Tax attorneys would probably agree that the most important lesson the general population can learn from Holzhauer’s story is that prize money is taxable income. Therefore, anyone who ever wins on a game show, raffle, lottery or sweepstakes should not be anxious to spend all the winnings in advance, as there is no escaping a hefty tax bill when a significant amount of money is won. Planning ahead of time for this bill is any lucky contestant’s best course of action.