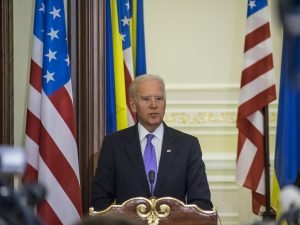 Biden says the tax code should be more progressive and equitable 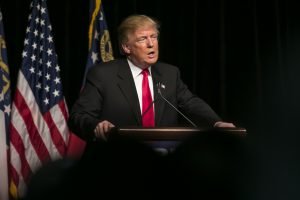 President Trump, who is running for reelection on a record of lowering taxes, has taken aim at his presumptive 2020 Democratic opponent Joe Biden for a number of policies that would increase rates for some Americans.

During an interview with FOX Business last week, Trump suggested Biden and running mate Sen. Kamala Harris’ plan could cause a record-setting depression.

“They want to tax $4 trillion, it’s going to be the biggest tax increase in history by far,” Trump told FOX Business last week. “They’re big taxers. It’s just something that won’t work. We’ll have – you will see a depression the likes of which you have never seen. You’ll have to go back to 1929, I guess it doesn’t get too much worse than that.”

Biden has said the wealthy should pay more in taxes, and that the tax code should be more progressive and equitable. That includes eliminating loopholes that favor the rich and large corporations.

Economic platforms are likely to be a central focus this November due to a recession brought on by the coronavirus pandemic.

Here’s a look at some of the major tax changes Biden plans to enact if elected:

Biden would repeal changes made to individual income tax rates for the wealthy (individuals with incomes over $400,000) under the 2017 Tax Cuts and Jobs Act, which means the top rate would revert back to 39.6 percent, from 37 percent.

Additionally, income above $400,000 would be subject to the 12.4 percent Social Security tax – split evenly between employees and employers. Currently, there is a wage cap of $137,700. Wages between those two ranges would not be taxed.

The Tax Cuts and Jobs Act reduced the corporate tax rate to 21 percent, from 35 percent.

Biden wouldn’t restore the rate all the way back to its former level, instead raising it to 28 percent.

He has proposed creating a minimum tax on corporations with at least $100 million in book profits, which means corporations would pay either their regular corporate income tax or a 15 percent minimum tax – whichever is greater.

Companies would also pay more on their foreign income.

Another big change Biden wants to make is to tax capital gains at the same rate as ordinary income for households earning more than $1 million.

The Tax Cuts and Jobs Acts essentially doubled the basic exclusion amount to $11.58 million in 2020. Assets exceeding that threshold are subject to a 40 percent tax rate.

Biden’s plan would undo that change, meaning you would be able to transfer fewer assets without triggering the tax.

Biden would also do away with step-up in basis, which means unrealized capital gains would be taxed at death.

According to our Tax Attorneys, Biden is calling for an expansion of the Child and Dependent Care Tax Credit to provide a fully refundable, advanceable tax credit.

According to the Tax Foundation’s General Equilibrium Model, Biden’s collective policies would reduce GDP by 1.5 percent over the long-run, reduce wages by 0.98 percent and eliminate about 585,000 jobs. But they would increase federal tax revenue by $3.8 trillion between 2021 and 2030 relative to current law.