Marriage Penalty May Remain in Effect for Some Taxpayers 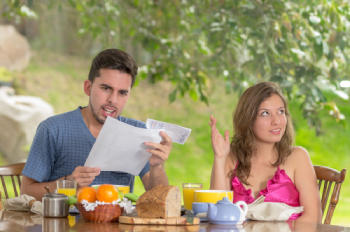 Many people are aware that the “marriage penalty” was eliminated under the new Tax Cuts and Jobs Act. However, married couples who are high earners may ultimately end up paying more taxes under the new laws. Married filers with low incomes may also have a higher tax bill in certain instances. According to tax attorneys in San Jose, the term “marriage penalty” simply refers to married couples having to pay a higher amount in taxes than would be the case if both filers were single.

Prior to the Tax Cuts and Jobs Act, which went into effect in 2018, many individuals faced a higher tax burden after getting married. The tax brackets were adjusted under the new laws to eliminate this penalty for all but the highest earners. However, the tax code still contains other regulations that may have the opposite effect on filers at both ends of the spectrum. For instance, depending on factors such as total income, the area in which the filers reside, and the deductions or credits for which they qualify, taxes may ultimately still be higher for some married couples.

There are several ways both higher earners and lower income couples may end up facing a tax increase. For example, the top federal tax rate is 37 percent. Under the new tax law, married couples with a joint income of one million dollars or more would pay the 37% on any amount over $600,000, which in this scenario would lead to an $8000 increase in their yearly tax bill. However, if they were single, each filer would only pay 35% in federal taxes.

Lower earners may also face another sort of marriage penalty under the new tax regulations, resulting from the earned income tax credit. The new limit for the earned income tax credit for married couples with one child is $50,000. This means that two individuals with one child who each earn $25,000 per year would pay approximately $3000 less to Uncle Sam if they remain single, than if they filed the same income as a married couple.

Other parts of the tax code can also generate a higher bill. For instance, the 0.9% Medicare surtax applies to individual filers who have a yearly income of $200,000 or more, but the limit for married couples is $250,000 annually. Therefore, two individuals who are not married could earn up to $400,000 per year before paying the surtax, but that surtax would kick in at $250,000 should they choose to marry.

Additionally, fewer people are expected to itemize on their 2018 tax returns because the standard deduction has been doubled, making itemization of no benefit. This new regulation may help some, but hurt others.

Those who are somewhat confused about the new tax laws may choose to consult with a tax attorney or shun doing their own taxes in lieu of handing this task off to a CPA or other professional.