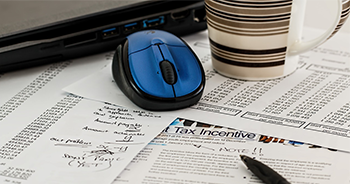 People expect certain services from a country, such as roads, protection, and assistance. All of these services cost a certain amount of money, which is the reason people agree to pay taxes.

So far, most of this makes sense, but things start to change when tax codes start distinguishing how much a poor person pays and how much a rich person pays into the system. Deciding just how much a large corporation should pay as opposed to a small business can be hard, which makes tax reform a hot topic.

The new administration, under the guidance of President Trump, is aiming to slash a few rates and change the tax code. Many are speculating that certain itemized deductions taxpayers have enjoyed for a long time might vanish under Trump.

The Trump administration wants to get rid of most deductions, except for those associated with mortgage interest and charitable contributions. Around 30 percent of tax filers itemize specific items, meaning that a lot of Americans stand to lose money. Of course, this is something many tax payers do because their deduction exceeds the standard deduction.

Households that make more than $200,000 gain the most by itemizing, though they are not the only ones. There are still others who use this opportunity to save a little cash during the tax season.

The Treasury Secretary, Steven Mnuchin, believes that getting rid of these tax deductions will help ensure the rich do not take advantage of the deductions and try to hoard money, but it seems that these changes are going to affect people across several tax brackets.

One deduction that may be on its way out is the state and local deduction, which allows taxpayers to write off their state, local, and general sales taxes as well as property taxes.

Medical expenses that exceed 10 percent of a person’s adjusted gross income may also be deducted, but some of the tax reforms proposed may eliminate this, too. It is true that some of the House and Senate repeal-and-replace proposals would have preserved this deduction. The proposals went as far as attempting to make more people eligible for the deduction. Still, one has to compare this to the amount of people who may be without health insurance, which is a large number.

The tax reforms proposed may also get rid of the deduction given to those who pay interest on loans for income-producing investments. This is going to affect individuals who buy stocks or other similar expenses for personal growth, though this does include businesses as well.

Miscellaneous expenses might not be covered anymore. This includes expenses like prior tax year tax preparation fees, employee expenses such as union dues or even work travel expenses. Any expenses related to work improvement, such as taking job-related classes may no longer be deductible. Granted, miscellaneous expenses, combined, cannot really exceed two percent of a taxpayer’s AGI, but every little bit helps in these uncertain times.

There is a reason to be concerned about these possible changes, which is probably the reason why many Americans are engaging in politics now more than ever. No one has a clear answer on the most effective and fair way to administer taxes, but it seems that most Americans do not believe this is the best route to take for every day working people.