Oakland’s Vacant Property Tax to Take Effect in Near Future 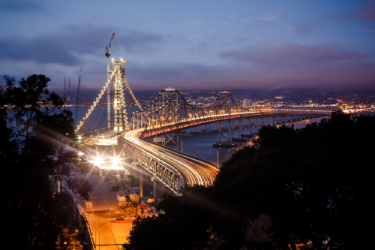 Beginning in 2020, a vacant property tax will be billed to certain real estate owners in Oakland, California, as part of their annual property tax bill. In November, Measure W passed with 70% of the vote, and owners of empty lots, or residential or commercial structures not in use must now pay $6000 per parcel on a yearly basis, regardless of the value or size of the property.

Measure W was put on the ballot by the Oakland City Council, which stated that the measure would raise approximately $10 million each year, the latter of which is designated for specific services, such as programs to fight illegal dumping, affordable housing programs, and homeless services.

In December, 2018, Oakland’s finance department sent letters to 25,000 property owners warning them that their non-owner-occupied properties may be taxed at the aforementioned rate if deemed vacant by the city. According to the City Council, the definition of “vacant” is any property that has not been in use for 50 days in a calendar year. By ordinance, the city could restrict the tax to specific zones, but this has not been done.

Among the numerous issues the city now faces are defining what does and does not qualify as a property “not in use” and setting a timeline for creating a commission on homelessness to make suggestions concerning how the tax money should be spent. Additionally, the city must determine how and when to purchase and set up the appropriate software to keep records of the new tax and generate bills and other correspondence.

There are ten exemptions to the new tax, but in order for them to be implemented, they need to be clarified in an ordinance created by Oakland’s finance department, which the City Council must approve. The financial department will likely create an implementing ordinance and present it to the City Council by April. However, Oakland spokeswoman, Karen Boyd, admitted that it may take “a number of meetings,” before any ordinance is adopted.

There are some exemptions under the new tax law, including properties under active construction, properties owned by individuals who are 65 years of age or older, and property owners with very low incomes, according to the definitions set forth by the United States Department of Housing and Urban Development.

There is already some confusion with regard to exemptions, as some property owners have stated they were under the impression the tax applied only to vacant structures as opposed to vacant lots.

No one is exactly sure how many vacant properties exist in Oakland or how many may be exempt from Measure W. In May 2018, Katano Kasaine, the city’s finance director, urged the council to delay the implementation for 12 months, but there is no sign the city will embrace such a delay.

Oakland’s finance department estimates that the tax measure would have an initial startup cost of $100,000, minimum, and would cost an annual sum of $425,000 per year to implement. The tax will continue for two decades beginning with bills sent out in 2020 for the 2019 calendar year.