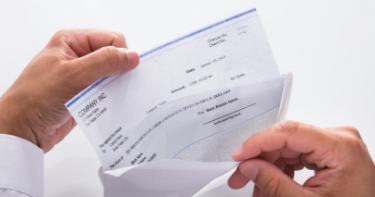 The Washington Post reported in August that top White House officials were considering a payroll tax cut as a viable way to prevent an economic decline. However, shortly thereafter in a statement to CNBC, a White House official denied the report. The official stated that additional tax cuts for Americans are still being considered, but refuted the idea that any top officials are contemplating a payroll tax cut at this time.

Recession Fears Continue as Trump Lashes Out at Media

The report followed President Trump’s most recent venting on Twitter with regard to media coverage about recession fears, which have appeared to increase throughout 2019. Trump lashed out at the Federal Reserve, claiming that fears over a possible down tick in the economy were essentially fueled by Democrats and a left-leaning media in light of his 2020 bid for re-election. Nevertheless, at the end of August, the U.S. bond market revealed a credible sign of a possible recession.

In a tweet on August 19th, Trump insisted that the United States is enjoying a very strong economy “despite the horrendous lack of vision by the Fed and Jay Powell.” He contended that Democrats were attempting to “will” a downturn in the economy to help them during the 2020 election cycle.

According to the Post, the Trump Administration is currently undecided regarding whether or not to encourage federal lawmakers to pass a temporary payroll tax cut. The conversation indicated that officials surrounding the President are fearful of a worsening economy.

Payroll Tax Would Unlikely to Pass

It is not likely that a payroll tax cut would be passed by the Democratic-controlled House: the 6.2% tax helps fund Social Security and Medicare, two enormous programs Democrats have warned against changing on numerous occasions.

Representative John Larson (D-Conn), has recommended a plan to increase the payroll tax to ensure the solvency of Social Security. A survey mentioned by the Post established that approximately three out of four economists predict a recession by 2021.