Virtually any tax attorney in San Francisco would agree that reality stars appear to have frequent problems with taxes. It seems like every time we turn around, another high-profile reality star is facing a tax audit or even being charged with tax evasion. Obviously, filing taxes is a source of aggravation for so many, let alone the rich and famous who sometimes have to keep track of multiple businesses, expenses, and assets. They also stand to lose a lot to Big Brother if they don’t make sure they use a good accountant or tax attorney to take care of this task.

According to Daily Mail, former Vanderpump Rules star, Jax Taylor, owes over $1.2 million to both the IRS and his home state tax agency. The controversial television personality allegedly owes about $300,000 to the state of California and a whopping $800,000 in federal taxes. It is unclear whether or not he has hired a Franchise Tax Board attorney to help him with his troubles. 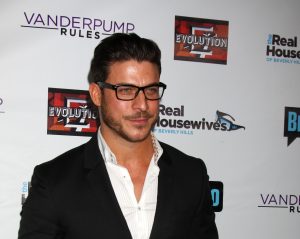 According to The Sun, the reality star–born Jason Cauchi–has had a tax lien placed against him by the state of California. The lien was filed on March 27 and totals more than $300,000. Taylor also allegedly owes over $316,000 to the California Franchise Tax Board from the 2018-2019 tax season. On March 10, 2021, a state tax lien was filed, with interest and fees continuing to accrue until the balance is paid in full. Last Thursday, The Sun confirmed with LA County clerk officials that Taylor’s state taxes have not yet been paid. It is not known if a federal tax lien is also in Taylor’s future.

Tax Troubles Date Back to 2014

According to documents obtained by The Sun, this is not the first time Taylor has found himself in tax trouble. The bartender- turned- reality star has allegedly been at odds with the IRS since 2014, a year for which he still has an outstanding tax bill of $23,000. In 2018, Taylor allegedly found himself in additional trouble with the Agency. That year, somewhere in the neighborhood of $200,000 was added to the balance he already owed the IRS.

Although Taylor purchased a new home with Britney Cartwright for almost $2 million in 2019, an even higher amount was added to his unpaid tax bill that same year; a whopping $650,000. Most people would agree that the timing of their troubles is very bad, considering Jax and Britney have a baby on the way and Taylor is not working at the moment. 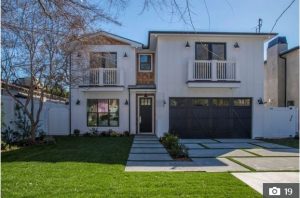 According to Celebrity Worth, at one time, Jax Taylor was Pump Rules’ highest paid cast member. He earned up to $25,000 for each episode and his net worth mostly stemmed from his ties with Bravo and his time on the reality show. However, he was let go by Bravo, the latter of which cited “problematic behavior” as the reason for the termination. Although Taylor has hinted that another big project is coming, this has not been confirmed. Not surprisingly, the former reality star declined to comment on his IRS troubles. Anyone who owes money to Big Brother or who needs to stop IRS harassment should contact a tax attorney in San Francisco as soon as possible.

Many tax attorneys are keeping their eye on the Biden administration's proposal to increase the Internal Revenue Service budget, giving it more resources to catch tax cheats while reducing the number of audits completed on a regular basis. According to Biden’s...

Both chambers of Congress have passed the $1.9 Trillion Stimulus Package, a plan based on President Biden's proposal. Our tax attorneys in San Francisco have learned that the plan includes four primary tax changes to assist taxpayers in several different income...