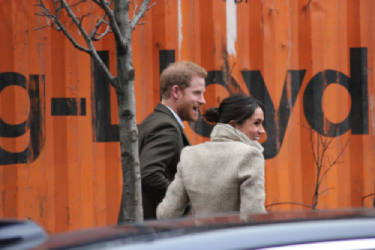 The Royal Family may find it necessary to deal with an unusual and uncomfortable tax situation for the next five years until Prince Harry’s new wife, Meghan Markel, now the Duchess of Sussex, ultimately relinquishes her United States citizenship to become a British subject. For this reason, the royal family is reportedly consulting with a team of US financiers to discuss the tax situation involving Meghan, who is still an American citizen.

As things stand now, her American citizenship could make the private finances of the royal family subject to outside scrutiny due to the strict regulations of the US Internal Revenue Service–IRS. Because America’s tax system is citizenship-based, a person’s geographical location does not matter with regard to his or her tax obligations. Rather, tax affairs are always subject to scrutiny by Uncle Sam, regardless of who a person is married to or where he or she is living. Therefore, the Duchess must declare her possessions and income on an annual basis, the same way any other American citizen would be required to do, for as long as her citizenship is valid.

Similar to when she was single, full details of Meghan’s finances, including any jointly held assets with Prince Harry, must be given to the IRS. United States tax regulations indicate that citizens are responsible to pay taxes on their own income and assets, but also on anything another person makes available to them, which brings that individual’s possessions and income under scrutiny as well.

For example, a monthly allowance given to the Duchess by her father-in-law, Prince Charles, would become taxable income according to US tax laws. Some  tax attorneys in Oakland state that even designer clothing, her engagement ring, and the living quarters offered to her and her husband at Kensington Palace could be regarded by the IRS as taxable items. The Queen and Prince Charles could also be caught up in this interesting tax situation, as they provide financial support to the Duke and Duchess.

Although this transatlantic marriage will almost certainly involve the United States IRS, the couple’s finances are not allowed to be made public by this institution. However, this sharing of financial information with the United States government is still an undesirable situation for the royal family, who do not have a history of sharing financial matters with very many people or institutions. If the Duchess does follow through and relinquish her United States citizenship, the process could take several years, and therefore the royal family must face what they might consider unprecedented financial exposure until that time.

Our tax attorneys will continue to monitor this royal tax debacle, and provide updates as they come in.