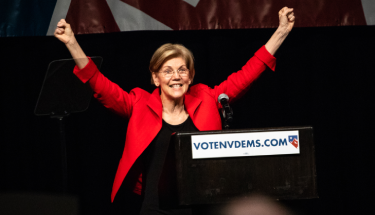 A bill has been reintroduced by Senator Elizabeth Warren (D-Mass) that would give same-sex couples who are married the opportunity to file an amended federal tax return reflecting their marital status. If passed, the new legislation would allow such couples to collect tax refunds for the duration of their marriages, rather than only since 2013–after the U.S. Supreme Court ruled favorably on gay marriage. The legislation was first introduced by Warren in 2017.

In 2013, section three of the Defense of Marriage Act was deemed unconstitutional in the Hallmark case, The United States versus Windsor. Under the new regulations, the federal government is barred from failing to recognize legally married lesbian and gay couples.

The decision resulted in a significant number of federal rights being given to same-sex couples. These rights include the privilege to file a joint income tax return and claim spousal Social Security benefits. Prior to this ruling, such individuals were required to file as single on their federal tax returns.

Same-Sex Couples May Qualify for Tax Refunds if Legislation Passes

The proposed legislation by the Massachusetts senator–the Refund Equality Act of 2019–would give same-sex couples permission to file amended federal tax returns and collect refunds owed for each year they were legally married.

Warren offered a statement in which she spoke about how legally married gay couples in Massachusetts were forced by the federal government to file as single. Warren stated that this caused some individuals to have a higher tax bill for almost a decade.

How Penalties and Bonuses Factor into the Equation

Whether or not it is advisable for a couple to amend their tax returns depends on if doing so would result in a bonus or a penalty. For example, two individuals with similar incomes may find themselves in a higher tax bracket if they file as married. If both spouses are high earners, this effect is intensified. This is commonly referred to as the “marriage penalty.”

Nevertheless, certain couples may find themselves enjoying a marriage bonus. Those who stand to benefit the most are people in marriages where one partner has a high income, while the other does not work, works part time, or earns only a small hourly wage. In such instances, the couple is better off filing as married, as the tax bill would typically come out lower than it would if the person with the lion’s share of income had filed individually.

For partnerships in which one individual is a stay-at-home spouse, however, the marriage bonus is highly beneficial. In contrast, the majority of couples who have two incomes would benefit little from the bonus, but rather find themselves facing the marriage penalty.

Earlier this month, similar legislation was proposed in the House Committee on Ways and Means by Representative Judy Chu (D-CA).