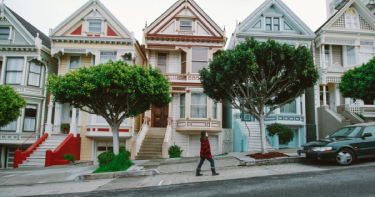 What Donald Trump and his republican allies have proclaimed as an unprecedented gift for the public, may not be viewed as such in all sectors of the public. Especially in areas like San Francisco where affordable housing is already an issue, it has been predicted that the GOP tax overhaul could have ruinous effects for its low-income populace in the bay area.

Currently, San Francisco has 6,000 affordable housing units that will become highly vulnerable if the tax bill is passed. The city has the added concern of rushing to protect the almost 5,000 units of affordable housing still in the construction stage. Developers will be scrambling to drain the available bonds before they disappear into the GOP abyss and will incur extra interest costs as a result. Those high-interest costs, of approximately $10 to $20 million, is money that would have been used to find housing for people in need: homeless, elderly, the sick, low-income families, and veterans.

In short, affordable housing advocates that have tirelessly worked for decades in securing housing tax credits to fund affordable housing projects fear the results of that work will be wiped out if the tax plan becomes a reality. Not only will housing projects not be built; projects in construction will face huge delays, when the need for these homes is current and urgent, in many cases.

Some of the far-reaching effects of a worsening shortage of affordable housing in San Francisco predicts an exodus of its residents. People will move states in search of lower rents. To extend that further, what will be the result of the absence of service workers when that happens; will the mechanization of replacing absent workers with robots become an issue in the near or distant future?

With the passing of the proposed GOP tax plan, the 4-percent low income housing tax credit would no longer be available. Without that tax credit, projects like Mercy Mission Bay apartments for low-income residents, including more than 200 children, would not have been built. That tax credit contributed more than $30 million to the building, which comprised a huge portion (40 percent) of the building’s total cost. The Mercy Mission Bay apartments represents the type of housing projects that would suffer without the benefits of the tax credit that the GOP overhaul would abolish. With the absence of these types of housing projects, the question of what happens to the displaced individuals and families that need them comes into focus. An absence of affordable housing means more people on the streets, which clearly produces a host of other potential issues relating to homelessness and crime levels.

Many await the results of the proposed GOP tax overhaul being passed by the House and becoming law. States like California, and cities like San Francisco, that already face a shortage of affordable housing grapple to prepare for what could come next and what it means for their city moving forward. If developers are no longer able to tackle the construction of affordable housing projects, without the tax credits and private bonds currently available to them, the low-income populace may be displaced. Those in need of affordable housing may be forced to leave the state in the search for lower rent and a better quality of life.

Our tax attorneys have been closely following news related to the proposed tax bill, and how it will impact residents of San Francisco, San Jose and the entire bay area.