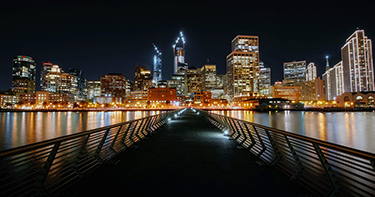 It was revealed this week that the city of San Francisco is considering forming what would be just the second publicly-owned bank in the United States, with the first being the Bank of North Dakota. The topic is gaining traction due to various factors, including the legalization of marijuana in California, the issue of undocumented immigrants who are unable to open bank accounts, and the constant politicization of which banks the city uses.

Before such a bank could open, however, a number of issues would need to be addressed. Factors such as operating costs, tax liability, start-up capital, insurance, revenue streams would all have to be evaluated by a task force before the bank could open its doors. The time to start addressing such issues is now, according to many of San Francisco’s leaders.

“People in San Francisco are at a point where they are no longer willing to accept the status quo…they are open to exploring other alternatives,” said San Francisco City Supervisor Malia Cohen.

This is not the first time the city has weighed the option of opening a publicly-funded financial institution. In 2011, San Francisco’s budget analyst released a report in which the potential benefits of such a bank were listed. Among the benefits including the ability to create a new revenue stream without raising taxes, decreased borrowing costs, and more support for local businesses. Additionally, a bank funded by the citizens of San Francisco could alleviate the problem of how the city’s money is spent.

San Francisco is considered an extremely progressive city whose leaders often clash with state and national leaders when it comes to funding various projects. Over the last few years, for example, city supervisors have voiced their displeasure with banks that support firearm manufacturers, fossil fuels, and the Dakota Access Pipeline.

Even if the city was able to open its own bank, supporting the city’s cannabis industry could still prove to be problematic. Marijuana is still illegal as per federal law, and even if San Francisco was able to do business with dispensaries the federal government could theoretically seize those funds at any time and levy sanctions against the bank for “aiding and abetting violation of federal drug laws and also engaging in money laundering,” according to regulatory reform expert Joseph Lynyak III.

Fiona Ma is a member of the California Board of Equalization, and she believes a publicly-owned bank could do business with marijuana dispensaries in certain circumstances. However, she acknowledges that there would be a degree of risk as long as marijuana remains illegal under federal law. “The question always is, can the federal government come and take the money, asked Ma rhetorically. In addition to San Francisco, the Finance and Management Committee of Oakland’s City Council is also looking into opening a bank that could be used by cannabis-related businesses to store the large amounts of cash they are currently forced to hold privately.

Residents of San Francisco have some time to consider the pros and cons of opening a publicly-owned bank as it could take years for the project to come to fruition, even if everyone was on board. With the city leaning to the left politically and the federal government currently under a Republican administration, there’s no telling if or when a publicly-funded bank in San Francisco could become a reality.