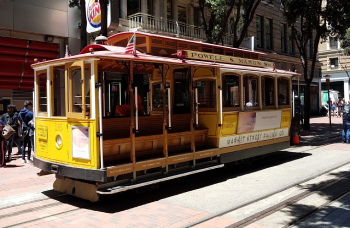 The city of San Francisco is now redrafting a measure that would impose a new tax on companies on the brink of going public. Critics stated that the first draft of the proposal would have taken too much of the local economy along with it, and therefore requires revisions.

The “tech tax,” for which the formal name is the IPO tax, was proposed by San Francisco supervisors in May. Our tax attorneys in San Francisco note that it would have appeared as a measure on the November 2019 ballot, and was designed to capitalize on numerous tech companies–such as Pinterest and Uber–which have plans to go public this year. However, some of the argument presented by city supervisors fell apart when scrutinized. For example, city leaders were urged to answer whether or not the measure would merely tax employers when they have an IPO or if it would ultimately, and unintentionally, sweep along all stock-based compensation of every company based in San Francisco.

According to some of its critics, the wording of the measure was ambiguous and the marketing used to promote it misleading. They cited an intensification of hostility toward tech companies with many critics believing the measure is simply a way to piggyback the tax on all San Francisco tech-based companies. For this reason, even though this measure is a local one, it has a certain amount of significance on the national level, providing a glimpse into how governments are looking for avenues through which to limit the riches and power of tech companies.

Leading sponsor of the measure, Gordon Mar, stated that it was drafted in the simplest way possible to push it onto the fast track, but he is prepared to pare it back significantly due to errors he openly acknowledged.

More time is apparently needed for Mar’s office to rewrite the measure, but he stated that the November 2020 ballot will contain a similar measure designed to tax stock-based compensation. However, the fine points of the measure have not yet been determined. Mar plans to create a workshop with city leaders, which he refers to as the “Shared Prosperity Coalition.”

An aide to Mar, Edward Wright, told the San Francisco Chronicle that by making this move, some of the near-term revenue will be lost, but that they plan to focus on what he refers to as the city’s “economic inequality crisis.”

San Francisco is developing a comprehensive review of business taxes imposed on local companies, and Mar wants to combine his new proposal with the others to make it part of an all-inclusive, long-standing, plan of action concerning economic inequality. Our tax attorneys will monitor this story, and we will offer more information to business owners as it becomes available.