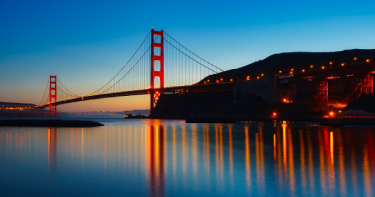 California residents in San Francisco and Mountain View may soon be voting on an initial public offering–IPO–tax, also frequently referred to as a “tech tax.” The tax would target a high number of multibillion-dollar tech companies planning to go public in 2019. Gordon Mar, San Francisco Supervisor, plans to propose the new tax in May, which would appear on November’s ballot if Mar can get six of his colleagues to agree to the proposal. Mar has stated that he feels confident he can garner the required support from his colleagues.

Our tax attorneys in San Francisco have learned that the proposed tax–a 1.12 percent payroll tax on stock-based compensation–when coupled with the city’s existing 0.38 percent payroll tax, would reinstate San Francisco’s previous tax rate of 1.5 percent on such compensation. The new tax proposal comes during one of the biggest years in recorded history for technology IPOs, with high-valued and high-profile companies like Airbnb, Slack and Uber, planning to go public. Mar stated that one objective of the tax is to counteract “negative impacts” of what was once an infusion of wealth into San Francisco.

If the proposal is successful and enough individuals approve and cast their votes accordingly in November, the additional taxes will be levied on large companies, including Google, Lyft, Twitter, Pinterest, and Uber. The proceeds of the tax would then be used to address income inequality and fund programs for low and middle income workers.

Help for the Homeless

In addition, the extra tax money collected would be funneled toward programs for the homeless: the city is now grappling with ever-widening economic disparities, as well as an ever-increasing number of homeless residents in the city. The latter problem is believed to have stemmed, in part, from San Francisco’s alarming housing crisis.

Mar to Meet With Company Representatives

Mar said he has met with representatives from large tech companies and plans to meet with more in the future to talk over the proposal. He stated that he felt there were tech company executives who were open to discussions about mitigating their potentially negative impact on the city instead of being regarded as being part of the problem.

The proposed tax is entirely different from San Francisco’s previous position regarding tech companies, which were formerly attracted to the city with considerable tax breaks. For example, in 2013, Twitter was given an estimated $40 million stock compensation tax break over a 24 month period immediately following its initial public offering.

If passed in November, the tax would become law in 2020, but would be retroactive to the introduction date, which means any company going public from May forward would be subject to the tax. This will significantly impact Pinterest and Lyft, both of which began their IPO season earlier this year. A statement from Mar’s office indicated that approximately $121 million should be raised during the first two years from Pineterest, Lyft and Uber’s IPOs alone. When contacted, Uber declined to comment and representatives for Pinterest and Lyft did not immediately respond to requests for comment.