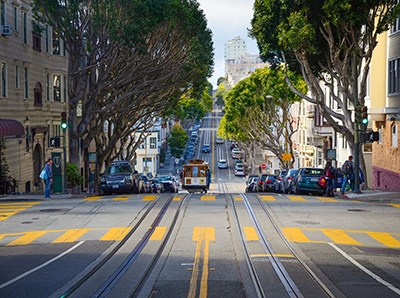 If you live in San Francisco it is no surprise to you that our great city is currently facing a housing crisis. For this reason, San Francisco’s Supervisor Aaron Peskin wants to tax large property owners who leave their properties unoccupied. In particular, Peskin wants the City Attorney’s office to introduce a “vacancy tax.” Currently, the city authorities require owners of unoccupied properties to register with the city and pay an annual fee ($711). As of May 2017, the number of residential and commercial buildings on the registry, excluding buildings that had become occupied or received exemptions, was 38 and 47 respectively. However, because the city generally relies on complaints and self-reporting to identify unoccupied properties, the registry likely does not contain the complete inventory.

The percentage of non-primary homes in San Francisco is relatively low, especially when compared to other high cost markets such as Manhattan, Honolulu and Miami. This is according to a recent study by SPUR, a nonprofit based in Bay Area focused on planning issues. In this case, non-primary homes are housing units that remain unoccupied for a period for reasons other than foreclosure, construction or natural turnover. Put another ways, these are homes used for occasional, seasonal or recreational use. The study, which was published in 2014, found that such homes accounted for about 2.4% (about 9,100 units) of the housing units (rental and owner occupied). It is worth noting that has already passed laws aimed at discouraging full-time vacation rentals through Airbnb and other similar companies.

According to real estate experts, some of the factors responsible for the housing crisis in San Francisco include:

Building and Zoning regulations — While San Francisco’s building and zoning regulations have helped preserve the character of the city, they have also contributed to the present housing shortage. For instance, from 2007 to 2014, the city approved only about half of the building permits presented by developers.

How to Structure the Vacancy Tax

If San Francisco implements a vacancy tax, it will be the first city to do so in California. To minimize the risk of lawsuits, the city should structure the vacancy tax as a parcel tax and get voters to support it, says Darien Shanske, a law professor at UC Davis. This is important because California’s Proposition 13 bases property tax rates on the assessed value of a property and caps the tax at one percent of that value.

Disadvantages of the Vacancy Tax

Still, a vacancy tax could be a burden for property owners. Moreover, the tax would not necessarily free up more housing units because some property owners might just decide to pay the tax or even worse, find ways around it. Moreover, according to some real estate experts, the tax could actually have a negative impact on San Francisco’s property market. For instance, Patrick Carlisle, chief market analyst with Paragon Real Estate, says that the tax would adversely affect the sale of condos and single-family homes because it would be more difficult to stage a tenant-occupied property. Moreover, potential property buyers are likely to shun such a property because San Francisco’s pro-tenant rights would make an eviction a potentially long and expensive process.

As a San Francisco tax attorney, this is an issue that I have closely monitored. While I’m not sure that a vacancy tax is the right solution, I hope that our city’s citizens can work closely with our governing body to find a remedy that will ease the housing crisis.