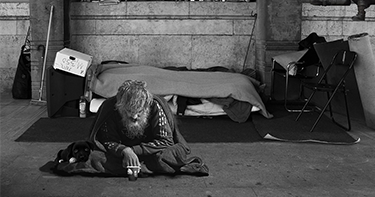 Diep Vo, a 71-year old woman living in San Jose, has been sentenced to four and a half years in prison for her role in a tax fraud scheme involving the local homeless population. The crime took place from May 2012 to December 2013.

According to prosecutors, Vo (also known as Nancy Vo) and 57-year old co-conspirator Trong Minh Nguyen (alternatively John Nguyen) conducted the tax fraud by convincing homeless and unemployed individuals that a new government program would provide them with stimulus money. Vo located these individuals by canvassing homeless shelters and halfway houses throughout the San Jose area.

These individuals typically did not file taxes, but were told that they were required to provide their Social Security number and sign a blank income tax return in order to receive their benefits from the government program.

No such program existed. Instead, Vo would obtain the signed tax return form and give it to Nguyen. Nguyen then filled it out with false tax information, claiming an average income of about $7,000 on each one. He then claimed that this money was subject to fraudulent tax withholding, ultimately raking in a total of $3.4 million, stemming from 1,743 fraudulent tax refunds.

The IRS was directed to send the refund checks to private mail boxes owned by Vo and Nguyen. The pair rented private mailboxes throughout the Senter Road area of San Jose to avoid any suspicion from a couple of addresses receiving too much mail from the IRS. The individuals whose names appeared on the fraudulent documentation were required to pay the pair for their trouble, severely mitigating any financial benefit they derived from the scheme.

Vo pleaded guilty to one count of conspiracy to file false tax claims, three counts of aiding and abetting such false claims, two counts of aggravated identity theft, and two counts of mail fraud back in June. The only question for presiding Judge Beth Labson Freeman was what sentence her crimes warranted.

The verdict was determined on Tuesday, November 14, when U.S. District Court Judge Labson ordered Vo to serve 54 months in prison, provide restitution to the IRS in the amount of $701,000, and serve an additional three years of supervised release following her prison sentence. Vo has until January 4, 2018 to self-surrender and begin serving her sentence.

Co-defendant Nguyen was sentenced to more than two years in prison for his role in the tax fraud plot. He previously pleaded guilty to submitting and conspiring to submit false tax claims to the IRS in an effort to obtain fraudulent tax refunds in May. The particulars of his sentence came on July 25.

To date, no charges have been filed against the individuals who had their identities stolen by Vo and Nguyen. Our tax attorneys in San Jose have been following this story for months, but it would now appear that this case is closed.

If you have a topic that you would like our tax attorneys to discuss in our blog, email us at info@taxhelpers.com.