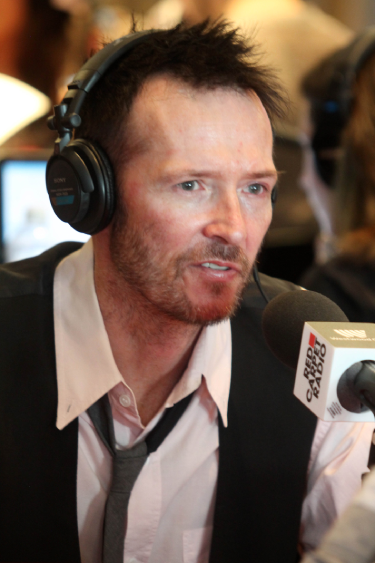 Scott Weiland–best known for his role as lead singer in the band, Stone Temple Pilots–died approximately three years ago; however, his estate has apparently failed to settle his tax bill. This has resulted in the IRS and the state of California coming to demand what they say they are owed. The former front man for the Stone Temple Pilots allegedly owes a total of $241,142.24 in back taxes. Weiland was rumored to have had tax trouble in the past and may have sought the advice of tax attorneys prior to his death in 2015. According to The Blast, court documents indicate that a creditor’s claim has been filed against Weiland’s estate by the State of California Franchise Tax Board.

In spite of the claims from the IRS and the State of California, Weiland’s ex-wife, Mary Weiland, who is also the executor of his estate, filed documents in 2018 claiming that her former husband’s debts totaled far more than the value of his entire estate. She said the estate’s value is approximately $1.6 million, but that the appraisal process is not yet complete.

Mary also stated that her former husband still owes $691,971 to City National Bank. In addition, the Riverside County Department of Social Services has a lien for a money judgment totaling $1,026,268.44. It is not clear if the child support arrearages are for the two children the couple had while they were married or for someone else.

Weiland’s Widow Remains at a Distance

Weiland’s widow, Jaime Weiland, made it clear that anything she was owed by her late husband was already settled, as a prenuptial agreement was in place before they were married.

Mary believes the estate’s value may be estimated at $2,000,000  after the appraisal process is complete, but she is not sure if that amount is enough to cover the deceased singer’s debt. A judge also ordered the estate to pay monthly child support in the amount of $4,000 to the late singer’s children. Tax attorneys in San Jose could offer additional advice concerning the debt-plagued estate and the best way to proceed.