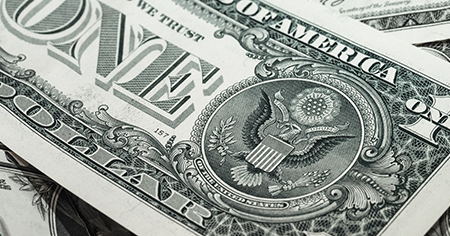 Time is truly flying, and tax season is already upon us again. President Donald Trump and other congressional Republicans have promised to take steps to cut taxes tremendously.

However, due to an automatic adjustment in their payroll taxes, millions of Americans will first be facing a considerable tax hike. The Social Security Administration (SSA) estimates that out of the 173 million workers paying into the program, nearly 12 million workers will have a larger tax bill than usual this year.

This year’s rise in the Social Security “taxable maximum”, which denotes the amount of income subject to tax, is the largest since 1983 and comes in at a staggering increase of 7.3 percent. Consequently, each affected worker may have to pay up to an additional $539 and even more than that if they happen to be self-employed earners.

Workers who earn the highest incomes usually pay Social Security payroll taxes on only a portion of their wages. For the last two years, $118,500 in earnings was subject to the 6.2 percent Social Security tax. However, due to an increase in average wages, the taxable maximum has jumped up to $127,200 this year.

The good news is that workers who make less than $118,500 won’t notice a difference in what they owe this year due to the tax increase. However, for those that earn more than the previous taxable maximum, an additional $8,700 in taxable income will now be subject to the 6.2 percent Social Security payroll tax. Additionally, costs will be rising for employers, who also pay their own 6.2 percent payroll tax.

The Social Security Administration estimates that approximately $11.6 billion in new tax revenue could be collected after the updates in 2017. Additionally, Social Security payments to beneficiaries in 2017 will increase by a modest 0.3 percent cost of living adjustment (COLA). For the average retired worker with a monthly benefit of $1,355, this translates to an increase of just over $4 per benefit check each month.

When the Social Security tax began in 1937, it was only applied to the first $3,000 earned. This amount stayed steady until 1951, after which Congress periodically raised the taxable maximum until laws enacted in the late 1970’s began indexing it to wage growth and cost of living adjustments.

In any given year, approximately 6 percent of all workers in the U.S. make more in earnings than the taxable maximum. Although it may seem impossible, even if you haven’t hit that threshold yet the Social Security Administration estimates that nearly 20 percent of workers reach the taxable maximum at some point in their careers, even if it’s only for one year.

If you have further questions regarding payroll taxes and how the Social Security tax increase may affect you, please contact Tax Helpers for more information.