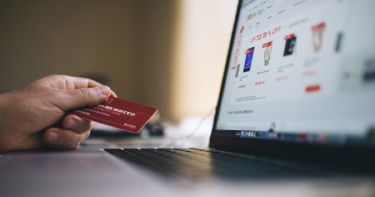 The US Supreme Court will soon issue its opinion on the case of South Dakota v. Mayfair, which concerns the ability of the 50 states to charge an online sales tax to retailers who sell goods inside their jurisdictions, but are actually selling from a physical platform located outside of their jurisdiction.

As often happens, SD v. Mayfair is not just intended to settle things in South Dakota but to serve as a foundational exemplar that will create a legal precedent to guide the court system in the vast number of other cases slowly grinding through the system. Simply put, the Supreme Court has judged that the hour has arrived to issue a definitive ruling on the subject of online merchandising that revisits the 1992 ruling in Quill Corp. v. North Dakota.

At the time of the mail order-oriented Quill ruling, e-commerce had not yet been invented, so it is certainly proper to provide some clarification of the interstate commerce aspects of online merchandising. On the face of it, the case appears to be one of local Mom-and-Pop David versus online behemoth Goliaths such as Amazon, but there are many subtle shades of variation in the overall classifications.

The large online retailers are likely to argue that there are many small retailers doing business online which depend on this one slight tax advantage conferred to offset the numerous blessings that larger operations enjoy– such as wholesale purchasing power. Certain well-known online vendors, among whom are the aforementioned Amazon and eBay, serve as host platforms that provide enormous amounts of opportunity to small-scale vendors who would have no chance of staying in business without access to the sales that grow in virtual land.

Regardless of their actual sympathies, they are certainly hoping to capitalize on concern for the little guy as a cover for their own extensive operations. An additional argument and one that truly concerns them personally is the idea that an unfavorable ruling could lead to the need to stay abreast of ever-changing tax laws and rates in more than 12,000 jurisdictions in the United States alone. This is probably the most fascinating part of the case.

After all, it’s reasonable to think that large corporations might be better equipped to handle those 12,000 separate tax rates than any of their smaller online rivals. So, on the face of it, it would seem like a South Dakota victory in the case would be in their own ultimate best interest. Yet they remain firmly on the opposite side of the case. Given the competing interests at stake, the position of the behemoths seems to be that allowing the little guys to stay in the game by paying no taxes is preferable to dealing with 12,000 distinct tax jurisdictions as the cost of rubbing them out.

After all, the whole point of giving the Federal government authority over interstate commerce is to avoid exactly this sort of commerce-strangling bureaucracy for everyone involved. Yet the continuing decline of local retailers does appear to call for some sort of remedial effort. The question is whether the South Dakota approach is the right one, or merely serves as a signpost along the way towards a genuine solution which will probably have to come from the Federal rather than the individual State level.

For more information about the Quill ruling: https://www.law.cornell.edu/supct/html/91-0194.ZO.html