Tax-Free Online Shopping Could Be Coming To An End 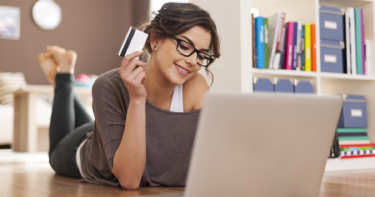 Online shopping has gained in popularity over the years and shows no signs of slowing down. While this equates to convenience and affordability for those who enjoying shopping from the comforts of home, brick-and-mortar retailers have paid the price in more ways than one. Major decreases in foot traffic combined with policies of free shipping from many online retailers, plus lower prices, has led many consumers to using e-commerce for virtually all of their shopping needs. A major win for brick-and-mortars came down from the recent Supreme Court ruling that online retailers need to charge sales tax the same way that shops do. This ruling is a monumental one for brick-and-mortars as it puts them on a more level playing field with their online competitors.

When online shopping first emerged, it was nowhere near the powerhouse it is today. Laws that governed it at the outset are no longer adequate in the current digital world. The recent Supreme Court ruling in the case of South Dakota vs. Wayfair reflects the need for regulatory laws governing online shopping to catch up to the consequences faced by brick-and-mortar retailers struggling to survive.

Back in 1992, the ruling in Quill Corporation vs. North Dakota bared states from collecting sales taxes from businesses unless that were substantially connected to the state in which they operated. At this time, online shopping was no major threat to the success of large-scale retailers. What this early ruling did was grease the tracks for the success of e-commerce as companies had the huge advantage of being able to sell their products nationwide without being tied to local and state taxation codes.

Essentially, what the recent South Dakota vs. Wayfair ruling did was overturn that initial ruling in Quill vs. North Dakota. This is not only a huge victory for brick-and-mortars, it also sends a strong message regarding the necessity for stricter regulatory practices and laws to govern the digital marketplace.

What this means for online retailers is that they now have to collect sales taxes from consumers even in states they do not have a physical presence in. What this means for a number of states is that they will no longer be missing out on billions in potential revenue. The ruling has also improved the ability for local and state governments to regulate their tax enforcement and give local businesses a better chance to compete within the ever-growing digital marketplace.

What Does This Mean For Online Sales Tax?

The South Dakota vs. Wayfair ruling has set a precedent that might inspire other states to follow suit. It has been suggested that the early Quill ruling caused a number of states to lose billions of dollars in potential annual tax revenues over the years. The ruling also placed local businesses and brick-and-mortars at a severe disadvantage against online retailers who were able to charge less thanks to the tax loophole.

The new South Dakota law requires all merchants to collect a 4.5 percent sales tax from their consumers if their annual sales exceed $100,000 or 200 in-state transactions. As a result, three large-scale online retailers were sued for violating the law: Wayfair, Overstock.com and Newegg. While the lower courts ruled in favor for the online retailers, citing the Quill decision, the Supreme Court followed through with the overturning of the earlier legislation.

It is estimated that South Dakota can start collecting taxes on online purchases within the next 30-to-90 days. In anticipation of the change in legislation, many states have begun passing laws similar to South Dakota’s. It will be interesting to see which states will follow suit and what the long-term affects will be for brick-and-mortar businesses. Will it improve their ability to compete in the digital world, or will more regulations and laws need to be changed to level the playing field?