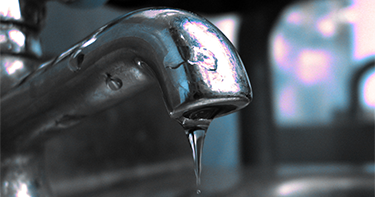 Roughly 8,000 Flint, Michigan families are now facing potential tax liens for refusing to pay their water bill due to the city’s ongoing water crisis. All residents who are at least six months behind in their payments received notices that failure to pay could result in foreclosure and the loss of their home. Residents have until May 19 to pay up before the outstanding balance is transferred to the resident’s property tax bill. After that date, residents have until February 28, 2018 to pay their entire tax bill (including water charges) before the balance is transferred to the county treasurer for collection.

Flint residents remain unable to drink their tap water, causing many to refuse to pay for it on principle. One such individual is Melissa Mays, a self-described water activist who received one of the notices. She now plans to pay the outstanding balance of nearly $900 to avoid foreclosure, but maintains that the situation is unfair.

For its part, the city claims to be in dire need of the revenue. Al Mooney of Flint’s Treasury Department said in a statement that “we… (need) revenue coming in to pay those bills.” The city has previously turned off the water for some residents in an effort to encourage them to pay, increasing monthly water revenues to $3 million this month after collecting just $2.1 million last month. Total outstanding water charges amount to nearly $6 million, money the city would like to collect in full soon.

Michigan state law allows for a lien to be placed automatically wherever water is delivered, just like when you take out a loan to purchase an automobile. Therefore, the city did not need to write a new law or create new tax liens before sending the notices. Tax liens for delinquent water payments are usually placed annually, but the process was skipped last year due to the water credits residents received as a result of the ongoing water crisis. Water credits have since been discontinued by Governor Snyder. Congressman Dan Kildee believes that the state should not threaten homeowners with foreclosure for failure to pay for tainted water, arguing that “…Flint families deserve support from the state until there is confidence in the water system again.”

In summation, Flint residents who continue to refuse to pay their water bill now face a lengthy legal process potentially ending in foreclosure. Both sides have valid arguments, making it challenging to predict what the eventual result will be.