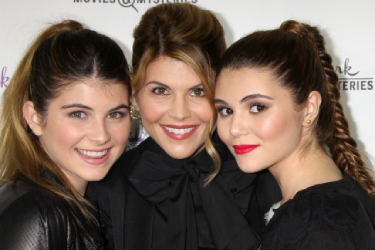 After allegedly paying bribes in order for their children to get accepted to elite universities, some wealthy parents may be facing harsh penalties from the IRS, according to prosecutors. The allegations were first unveiled on March 12, when investigators stated that certain parents allegedly claimed tax deductions for their donations to Key Worldwide Foundation, a purported nonprofit organization based in Newport Beach, California. However, according to court documents, this organization is allegedly the vehicle through which bribes were processed, the latter of which were eventually paid out to test administrators, athletic coaches, and university administrators. William Singer, the college admissions consultant at the heart of the scam, has since pled guilty to charges including racketeering and fraud.

IRS penalties may be levied according to Sections 6601 and 6662 of the tax code if the IRS finds the parents claimed deductions that were ultimately made to a fake charity. References were continuously made to an IRS audit of the charity during the large-scale federal investigation.

Department of Justice spokesperson, Kristina Mastropasqua, said in an email that the IRS did not conduct an audit as of yet, but one of the cooperating witnesses was told by law enforcement agents to say that an audit had been completed.

According to the aforementioned Section 6662, an amount equal to 20 percent of the tax underpayment can be imposed by the IRS. Court documents indicated that some individuals involved in the scheme paid $75,000 or more to have another person take their children’s SAT or ACT tests or correct their answers after the fact. The payments were usually structured as tax-deductible contributions to Key Worldwide Foundation. Therefore, the IRS may demand the return of the original sum, plus a 20 percent penalty and additional interest. If the charges are proven, penalties for civil tax fraud may also be imposed by the IRS.

Tax fraud played a central role in the government’s case. According to one affidavit, Singer told a client that money could be sent to his foundation as a tax write-off or that he could invoice the person’s business for a consulting fee from the foundation, which could also be used as a write-off.

Phil Hackney, a University of Pittsburgh School of Law Professor who worked at the IRS Office of the Chief Council for five years stated that although there would be a higher burden of proof, parents could also face additional liabilities of a criminal nature: certain conversations on record apparently showed that some of the parents knew that their contributions did not qualify as charitable deductions, but listed them as such regardless. Hackney also conveyed that he thought the scheme indicated that some parents, especially prominent celebrities and those who are wealthy, seemingly believe they can do anything they want.