Taxpayer Stress Index on the Horizon 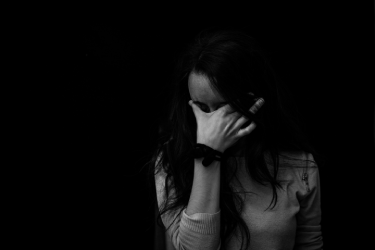 In the future, the IRS may have an avenue through which to measure tax season anxiety among filers. Our tax attorneys heard more about this proposal last Thursday when Nina Olson, National Taxpayer Advocate, submitted a final report on the topic to members of Congress. Olson has served in her role since March of 2001. Included in the report was a breakdown of current filing procedures and Olson’s concerns about filers’ lack of trust in the IRS and uneasiness about their taxes. It also included Olson’s assessment of areas where the IRS needs improvement.

She advised the IRS to design a “taxpayer anxiety index,” for the purpose of deciding which taxpayers would benefit from a conversation with an IRS employee, as opposed to being passed off to the IRS website or an automated telephone menu. Olson stated that being sent through these impersonal channels can lead to taxpayers becoming increasingly dissatisfied with the IRS, and eventually losing trust in the agency altogether, particularly if they are already anxious and overwrought.

Olson used the example of a filer who experienced multiple delays regarding a refund as a perfect scenario in which the taxpayer should be able to speak to a live person.

Olson also catalogued numerous additional concerns in her report that she thinks should be addressed, such as the “very poor” and “woefully inadequate” services given to taxpayers by the IRS. In addition, she stated that the agency does not have the funds, nor does it have a strategy, to improve the service given to taxpayers. She noted, as an example, that only 25 percent of calls this season were answered by IRS telephone representatives, with an average hold time of approximately thirteen minutes. The hold time was just shy of 50 minutes on the “balance due phone line,” where taxpayers must call if they cannot manage their bill and need to make a payment arrangement.

No Room in the Budget for Positive Changes

Nevertheless, the president’s budget does not lend itself to positive development in this area, but rather advocates for a 6.6 percent cut for taxpayer services and a five percent increase for enforcement.

The Tax Cuts and Jobs Act made substantial revisions to the tax code, but approximately 1.2 million more taxpayers owed the IRS this year than last. This was referred to by the IRS as an “unintended consequence” of the new law. The average refund this tax season is down approximately two percent.

Olson wrote that the willingness of filers to comply with tax laws is directly connected to how they feel about the IRS. She believes this breakdown of trust may lead to additional audits and collection activity, things that as tax attorneys, we try to help people avoid. Olson, who is set to retire soon, did not clarify how the index would precisely measure taxpayer stress levels.