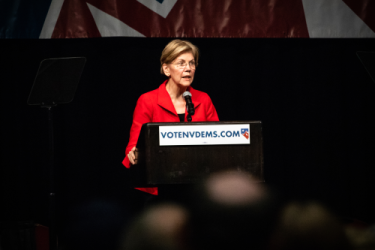 Senator Elizabeth Warren (D-Mass) recently posted a full decade of her tax returns on her website, spanning the entire time she has held public office. This was done shortly after she called for large-scale anti-corruption laws in the nation’s capital. Some have speculated it may also be a sign that the Senator is considering a presidential run in 2020.

The proposed anti-corruption bill includes a broad range of changes to current laws, such as a requirement that new members of Congress share their income tax returns for two years prior to taking their seat and every subsequent year thereafter for as long as they are employed as public servants. The bill also included a proposal to prohibit top federal officials from using their stature to become lobbyists after leaving office.

Some individuals speculate that Warren chose to release her tax records because she is considering running for president in the future. Warren herself, however, has stated that she is focused on her current campaign for the Senate and did not say she was planning a 2020 presidential run.

According to the recently released tax records, Warren and her spouse, Bruce Mann, made a combined income of $913,000 in 2017. The return states that $302,000 of this was paid to the federal government in taxes. The Senator and her husband also listed $82,000 as charitable giving and were eligible for approximately $34,000 in refunds. Included in Warren’s claimed income was $430,000 from book sales: the senator has written and co-written several books, which are mostly concerned with fiscal issues. The returns also included the $174,000 that is her annual salary as a senator.

An aide to Warren stated that she was quoted as saying she released her tax returns in part because she felt that people do not trust their lawmakers and believe that they are not truly working for the American people, but rather for themselves. The release of the tax returns may have been a gesture of transparency with regard to that statement. Warren is known to have frequently sparred with President Donald Trump, who vacillated several times before ultimately refusing to release his tax returns, even after he was elected.

According to the tax information made public by Warren, the senator and her spouse reported a much higher adjusted gross income in 2014, totaling almost $1.5 million, while their lowest year during the 10 year time span was 2012, when they reported a gross income of $409,000.

Warren was first elected in 2012 when she defeated then-incumbent Republican Senator, Scott Brown. Scans of each tax return for the entire 10 year period can be found on Senator Warren’s website.