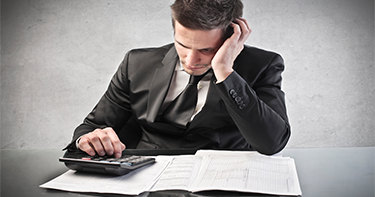 While plans to reorganize tax brackets, get rid of alternative tax, and eliminate several itemized deductions would save American taxpayers $4.8 trillion, it would appear that some Americans may disproportionately benefit more than others. According to a report prepared by the Institute on Taxation and Economic Policy, 61.4% of the savings would go to 15% of the top taxpayers. In contrast, 14% of the middle-income earners would pay more.

Over the past few months, the newly proposed tax cuts have been keeping our San Francisco tax attorneys busy. We’ve been studying what the possible changes could mean, and have put together the following predictions.

The biggest winner of this law would be Wyoming. The state would save $1.38 million in taxes if Trump’s proposed tax cuts were enacted. The middle-income taxpayers would get $940 while the richest would keep an average of $308,540 every year. The wealthiest residents of Connecticut would also benefit from the tax cuts, as they will receive 60% of the pie; while the middle income tax payers would only get 3.7%. The same goes for District of Colombia. The wealthiest residents of D.C. will receive 70% of the tax cuts while the bottom would pay an average of $600 more in taxes per year.

Other states that would win include:

• North Dakota: The state’s richest taxpayers would receive more than half of the savings. The middle income earners would only get 44% of the tax cuts received by North Dakota.

• Massachusetts: The richest from this state would save approximately $215,670 on taxes while middle-income earners would receive $1,150.

• Florida: The poorest in the state of Florida would get 5.5% of the tax cuts; the middle taxpayers would get around 8% while the wealthy would get 86%.

• South Dakota: The poorest residents of South Dakota would save around $410 while the richest would get $203,110.

Evidence suggests that several states would not benefit from the tax cuts. In fact, things might actually get worse for them.

The state of Mississippi would be the biggest loser if the proposed tax became law. The poorest of Mississippi would receive less than 1% of tax cuts going to that state. The wealthiest would receive 47.8% while middle- income taxpayers would get 13%. West Virginia would not benefit much from the new cuts either. Middle-income tax payers would save $500 annually. Around three quarters of the cuts would benefit the top 20% of the richest tax payers in West Virginia.

Others that have a lot to lose include:

• Arkansas: The richest 1% of this state will receive almost half of the tax cuts while 20% of the middle income tax payers would keep1.3 % of their income.

• Kentucky: In this state, the middle-income earners would save $640 annually and the rich would get $68,550 every year.

• New Mexico: Middle-income taxpayers in this state would save around $580 annually, if that proposal were enacted. The richest would get an extra $73,070 while the poorest would earn $80 annually.

• Oregon: If these tax cut proposals were enacted, 1% of taxpayers in the state of Oregon would save $71,200 annually. Middle income tax payers would receive $740 and the poorest would only get 20% break.

• Maine: Maine will receive a significantly smaller share of the proposed tax cuts compared to other states. However, the tax cuts would be equally distributed among people with different income levels.

It doesn’t take a tax lawyer to see that some of these proposed tax cuts are going to benefit the wealthy more than others. Consequently, states with more wealthy citizens will gain more than those with poor people.