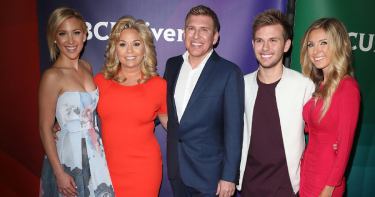 According to our tax attorneys in San Jose, these charges are serious. However, even though the couple is under federal indictment, they insist they are innocent. Both Todd and Julie Chrisley said they had full knowledge of the charges that were being brought against them, which included allegations that they cheated taxpayers by purposefully evading payment of federal taxes on monies earned. Nevertheless, they maintain their innocence.

The United States Attorney’s Office also alleges that the Chrisley’s defrauded banks by acquiring millions of dollars in loans through fraudulent means. Prosecutors have stated that the reality stars devised this game plan and implemented it for approximately five years, beginning in 2007. They allegedly provided false information and fabricated documents to banks for the purpose of receiving loans totaling millions of dollars. Prosecutors believe this money was used to support their extravagant lifestyle.

Possible Involvement of a Co-Conspirator

The indictment states that Mr. Chrisley had a partner with whom he allegedly worked to create the illusion that he had $4 million in one of his bank accounts. Prosecutors say that Chrisley did not even have an account at that bank when the paperwork was completed. Federal agents claim that Mr. Chrisley sent an email to his partner in which he heartily congratulated him for making the nonexistent account show a $4 million balance. The indictment alleges that Todd told another person with whom he worked that he wanted to “find a crooked accountant.”  Even in light of these serious allegations, however, the couple insists there was no wrongdoing on their part.

Manual Cut and Paste May Have Been Used to Falsify Paperwork

Federal agents also allege that Julie Chrisley falsified numerous financial documents through the use of a manual, old-fashioned “cut and paste” process. These charges have been denied by Mrs. Chrisley several times.

The reality shows stars are not the only members of the famous family who are facing legal problems. Tax-related issues also haunt Chase Chrisley, the couple’s 23-year-old son. The latter is accused of failing to pay federal taxes from 2014, totaling $16,886.24. According to documents acquired by The Blast, the IRS may immediately seize Chase’s assets if the debt is not resolved. The back taxes originated from a Roswell, Georgia property that was in Chase’s name, but owned by a firm named Quagmire Holdings. A link between Quagmire Holdings and Peter Tarantino was established.

In yet another gloomy situation for the family, Chase has accused Lindsie Chrisley, the couple’s oldest daughter, of turning Tood and Julie into the authorities. Lindsie Chrisley, who is estranged from her father, stated in a Georgia police report that her brother and father threatened and harassed her over an alleged sex tape. In the report, filed July 16, 2019, Lindsie contended that Chase and Todd threatened to release a sex tape involving her unless she lied about a particular incident. The report stated that Lindsie was told by her brother that he had purchased the tape and it was in his possession. She stated that she is continually being harassed and threatened by her family.

The couple claims that all the crimes for which they are under investigation were carried out without their knowledge by a former employee. Mr. Chrisley stated that this same individual had been stealing money from the family for an unspecified length of time. Todd and Julie Chrisley surrendered to authorities on August 14th, and tax attorneys for the couple said they believed both Todd and Julie would be fully exonerated if the case went to trial.