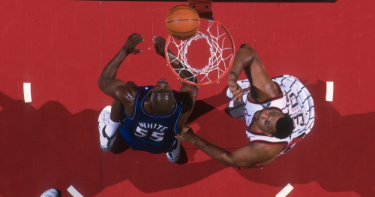 Our tax attorneys have noticed that several big NBA players may find certain teams more attractive than others if they are looking to boost earnings. However, taxes can take a large chunk of their wages, depending on where they live and play.

For example, according to FOX Business, Stephen Curry–Golden State Warriors star–grossed $37.5 million during the 2018-2019 season, but only took home approximately $17.75 million.

Although players take more than one thing into consideration when deciding where to play, states with the lowest tax obligation may currently factor in more than ever due to the new tax laws. This is because players in sports leagues no longer have the option of making certain deductions, and this significantly changes their net income in many cases.

At the federal level, numerous players are taxed in the highest income bracket, which obligates them to a 37% tax. Additionally, they are subject to taxes in other states where they play and earn wages, which are often referred to as “jock taxes.” In certain states, there is no such tax. Players are not double taxed, however, as they are only responsible for taxes of this kind in either their home state or their nonresident state. The players receive credit for the taxes paid in the lower-tax state.

States With the Lowest Tax Rates

Below are some of the states and teams that may appeal most to NBA players:

Texas, home of the Dallas Mavericks has no state tax. Florida, from where Orlando Magic hails also has no tax of this kind. Our Tax Attorneys can verify that Tennessee, home of the Memphis Grizzlies, has zero state tax as well.

Pennsylvania, the state of the Philadelphia 76ers, taxes at a rate of 3.07%, with the Pacers home state of Indiana coming in a close second at 3.23 percent. Michigan, home of the Detroit Pistons, has a tax rate of 4.25 percent.

States on the Opposite End of the Spectrum

States with the highest tax burdens include California, home of the Los Angeles Lakers, which comes in at 13.3 percent. The Portland Trail Blazers home state of Oregon has a 9.9% state tax, and the Minnesota Timberwolves home state is close on their heels with a tax rate of 9.85 percent.