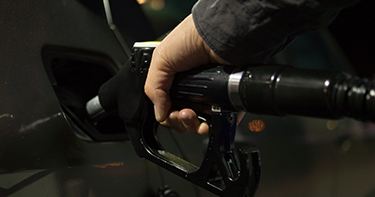 It was recently announced that President Trump may attempt to finance his ambitious $1 trillion infrastructure plan through raising gasoline and diesel fuel taxes. According to the President, the current fuel taxes, which have remained unchanged since 1993, are inadequate to finance the construction and maintenance of road and transit networks across America. Because of this, the American highway and transit system is in dire need of an upgrade. In fact, a recent report by the American Society of Civil Engineers that gave the country’s roads and transit system grades D and D- respectively. Additionally, a government report published in January says that the highway fund requires $90 billion to complete pending road repairs.

The federal Highway Trust Fund currently receives 18.4 cents and 24.4 cents per gallon of gasoline and diesel fuel respectively from the federal fuel tax. However, with neither tax adjusted for inflation, the revenue raised has eroded by almost 40% since 2013. Since 2008, lawmakers have approved an additional $143 billion to keep the fun solvent. This is according to a 2016 report by the Congressional Budget Office. At the local government level, 21 states have increased fuel taxes since 2013 to date, the American Road & Transportation Builders Association reports. Just last month, for instance, several states including California, Indiana, Montana and Tennessee voted to increase the tax.

The proposed tax increase is likely to gain support among some American taxpayers. For instance, the US trucking industry, which contributes almost 50% of the fuel taxes, would support the increase provided the additional funds are used to improve the country’s transit system. Chris Spear, the president of the American Trucking Associations, believes that a higher fuel tax would be less expensive for the trucking industry than a poor road network. However, the Trump administration is treading carefully on this issue because, on the one hand, higher fuel taxes could mean higher costs for commuters, effectively hitting low-income workers who spend a large portion of their income on gasoline particularly hard. On the other hand, it could also create more jobs, especially construction jobs, thereby stimulating economic growth. In fact, Trump’s press secretary, Sean Spicer, said Trump was only considering a proposal by the trucking industry rather than endorsing a gas tax hike.

The American road and transit system is in need of an overhaul. Unfortunately, the federal Highway Trust Fund does not currently have enough money to finance the all the necessary upgrades and repairs. To solve this problem, the Trump administration may consider raising fuel taxes, which have remained unchanged since 2013.