Who Will Benefit From Trump’s New Tax Cuts? 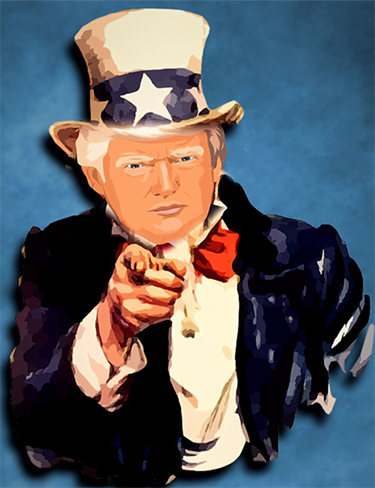 U.S. President Donald Trump revealed his plans to make drastic changes to the U.S. tax code, including the addition of tax cuts that would significantly reduce the tax liabilities of the wealthy. The proposal, released on Wednesday, would provide both individuals and businesses with substantial tax cuts. It does not, however, elaborate how such tax cuts would be financed.

Some of the provisions established by Trump’s proposed tax cuts include cutting the corporate tax rate to 15% and reducing the number of personal income tax brackets. There are currently seven individual brackets and Trump wants to lower that number to three (10%, 25% and 35%), and he also wants to lower the minimum tax bracket to ease the burden on middle class families. Individual tax income brackets currently max out at 39.6% for the highest earners.

President Trump also wants to get rid of estate taxes and the alternative minimum tax, which primarily affects wealthy Americans as it limits their deductions and other benefits. These tax cuts could benefit Trump personally, according to Democrats, although there is no surefire way to know this unless the president releases his tax returns. Trump’s plan would also see increased aid for child care, and he would like to eliminate the 3.8% investment income tax that was included in Obamacare, officially known as the Affordable Care Act.

Additionally, Trump would like to double the standard tax deduction for Americans, thus eliminating taxes on approximately $24,000 of a couple’s annual earnings. This proposal has drawn the ire of real estate agents and home builders, who believe it could destabilize the housing market.Tax breaks for things like mortgage interest, charitable contributions and retirement account savings, however, would remain in place.

Trump’s team, including Treasury Secretary Steve Mnuchin, are confident that the proposed tax cuts will pay for themselves by attracting more businesses to the United States and bringing jobs back to America. “This will pay for itself with growth and…reduction of different deductions and closing loopholes. The economic plan under Trump will grow the economy and will create massive amounts of revenues,” Mnuchin said.

Republicans have praised Trump’s proposed tax cuts as the most important tax reform since Reagan’s efforts in 1986 even though the latest proposal doesn’t meet all of the standards for which Republicans had originally hoped. Many Democrats, however, are convinced that these tax cuts will only benefit the wealthy, Trump himself included.

“Trump’s latest proposal is another gift to corporations and billionaires like himself,” according to Democratic party chair Tom Perez.

Democrats have long called for President Trump to release his annual tax returns to the public, and Democratic lawmakers have said that they will not aid Congress in passing any tax plan nor will they approve tax cuts until Trump’s returns have been released. Trump, for his part, has declined to release the records, and hasn’t given any indication that he intends to anytime soon.