Will Smith’s Past Problems with IRS for Back Taxes

It’s a fact that Will Smith was involved in one of his biggest fights ever just before becoming the leading man on the popular TV series “Fresh Prince of Bel-Air.” However, it seems that the fight was with the Internal Revenue Service.

Smith’s Rise to Fame and the Trouble that Followed. 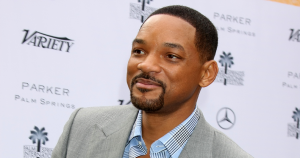 Smith was quoted as saying that he was in trouble with Uncle Sam long before he got into trouble with Uncle Phil. In a YouTube series “STORYTIME,” Smith explains the origins of the 1990’s NBC sitcom that propelled him to stardom. The young actor rose to fame alongside the man who played “Jazz” on the comedy, Jeffrey Townes, aka DJ Jazzy Jeff.

Prior to the highly popular sitcom, however, the two released their Grammy-winning hit “Parents Just Don’t Understand” in 1988, and the album went triple platinum. This is the point at which Smith began splurging on designer clothing, motorcycles, cars, and a slew of other items that his lifestyle couldn’t sustain. Although the new album released by the duo, “And in This Corner,” sold 500,000 copies, Smith described it as “double plastic” when compared to the previous triple-platinum album of 1988. Smith said he considered it a tragedy when the album flopped and was by then in serious financial trouble, as he was counting on that money to pay his back taxes. Yet he continued to live large – a little too large, as he continued living way beyond his means.

Some of Smith’s most ostentatious purchases were seized by the IRS in lieu of the back taxes for several years. Smith described being broke and famous as a terrible combination. He spoke of how people still recognized him for his accomplishments, even though he did not have much left to show for them financially, and he found this a very depressing dynamic. Reportedly tired of seeing him so blue, Smith’s girlfriend encouraged him to loiter backstage where the Arsenio Hall Show was being filmed in hopes that he would discover a new way to jumpstart his music career. He obliged, although reluctantly, and it was there he met Benny Medina, the man regarded as the real-life “Fresh Prince of Bel-Air.”

Benny Medina invited Smith to a party being held at the house of Quincy Jones, one of the producers of The Fresh Prince of Bel-Air. It was there that Smith performed a short, impromptu audition for the part of THE Fresh Prince in a room full of celebrities, politicians, actors, and artists. Jones asked attorneys who were in attendance to write up a contract immediately. Smith said he believes people can learn a lot from failures and that they should be willing to “fail early, fail often, and fail forward.” He also stated that artists and actors should never be afraid to put themselves out there, even if they think they may embarrass themselves in a room full of other celebrities. Our tax attorneys have no further information about Smith’s financial status with regards to the IRS, but it appears that at least his career is doing well.

The recent $1 trillion infrastructure bill includes a reporting proposal regarding cryptocurrency. This has led to significant lobbying from the crypto industry. Our cryptocurrency tax attorneys can explain this in more detail, but it is safe to say that the reporting...