Will You End Up Owing on Your Taxes This Year? 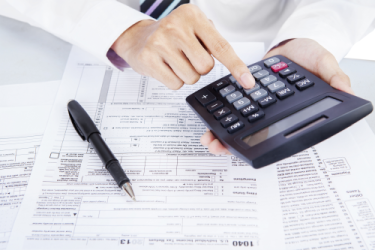 In recent years, approximately 75 million households in the United States have ended up with a tax bill of zero, regardless of the state of the economy. However, this is merely the tax code at work, as opposed to millions of households simply dodging their tax obligations.

The Tax Policy Center–TPC– reports that approximately 45 percent of filers–or roughly 79 million households– have a high probability of owing zero on their income tax returns this year.

It is estimated that this figure would have been closer to 43 percent if the tax laws had not been changed. However, when the new tax law went into effect, it essentially classified an additional 2.3 million households as non-taxpayers.

Nevertheless, both figures are still well below the non-payer figure recorded in 2009, which was about 50 percent. According to the TPC, the latter percentage peaked at that time due to multiple factors, such as the effect of the recession on wages and employment, as well as the Making Work Pay tax credit and other temporary tax policies that were in place to help reduce income tax liability.

Going forward, the TPC anticipates that for the next few years, approximately 80 million people, which is roughly 44-45 percent of households in the United States, will pay no federal income tax.

For several reasons, low and middle income households dominate the ranks of those who owe no federal taxes. For example, the progressive tax code ensures that individuals and families with very low incomes are also not obligated to pay taxes. Additionally, lower income families can use the now nearly-doubled standard deduction to eliminate their federal income taxes entirely. Certain individuals’ tax bills are also offset by the child tax credit, earned income tax credit, and other key credits that significantly reduce income tax liability.

Similarly, retirees whose primary source of income is Social Security–as opposed to those who have retirement funds and other income sources–will not have to pay taxes on their Social Security benefits.

However, non-payers are not limited to low income households. For example, the TPC anticipates that approximately seven percent of those with incomes ranging from $86,000 to $150,000, and approximately one percent of filers who earn more than $150,000 annually will also have no federal income tax obligation. This is because they may be able to reduce their tax liability to zero by claiming many more itemized deductions, although the new law offers fewer options than before regarding such deductions.

Non-payers with very high annual incomes who are involved in partnerships or businesses may be able to bring forth losses from prior tax years to offset current taxes. Others may receive a substantial income from tax-exempt investments.

Nevertheless, most filers paying no federal income tax are still liable for payroll taxes: TPC estimates that a mere 12 percent of individuals who make less than $25,000 annually will owe taxes in April; however, 58 percent are still expected to owe payroll taxes.

Employed individuals are expected to pay a little over six percent of their earned income into Social Security this year and approximately 1.45 percent of their total earned income toward Medicare. Those amounts must be matched by their employers; however, some economists predict that employers will offset this burden by lowering wages.

Ultimately, the TPC estimates that approximately 75 percent of filers will pay payroll taxes this year, and many who owe both payroll and income tax will also pay more in payroll taxes.